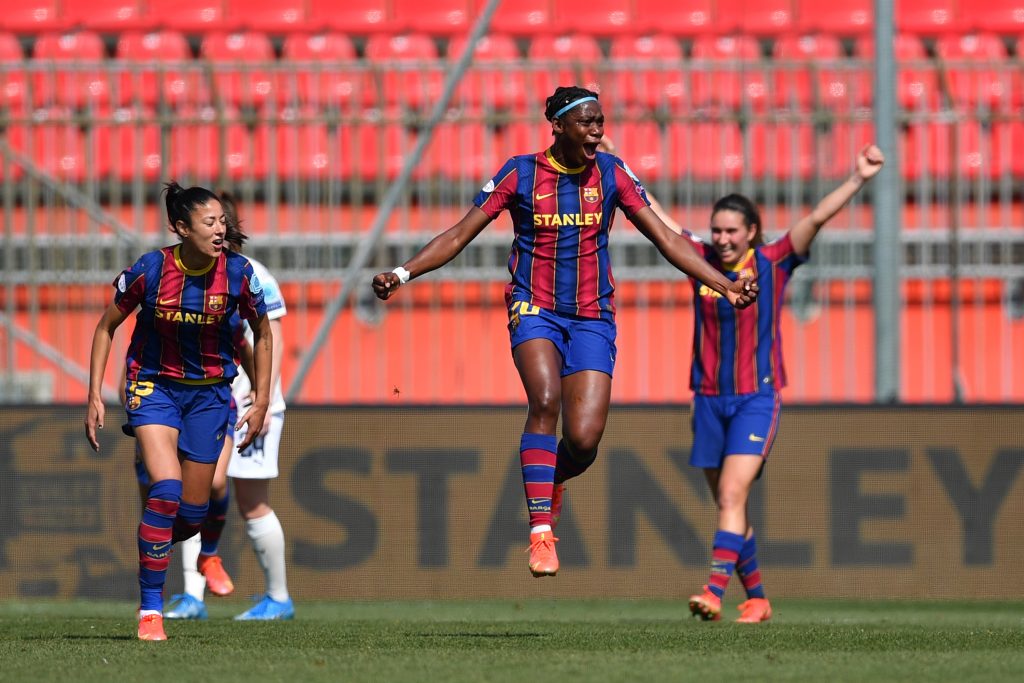 Super Falcons forward Asisat Oshoala was on the score sheet  for Barcelona Ladies in their 3-0 home win against Manchester City in Wednesday’s UEFA women’s Champions League.

Oshoala broke the deadlock for Barcelona Ladies in the 35th minute to set the tone for two other goals.

Mariona Caldentey doubled the lead from the spot in the 53rd minute.

Manchester City Ladies failed to reduce the deficit after they were awarded a penalty as Chloe Kelly fluffed the chance.

With four minutes left to the end of the game, Jenniffer Hermoso put an icing to the cake scoring the third goal.

Oshoala has now scored for the in their last four games in all competition .

Oshoala and her teammates will be hoping to repeat the same performance when they travel to England March 31 to face the Cityzens Ladies inside the Academy Stadium in Manchester.