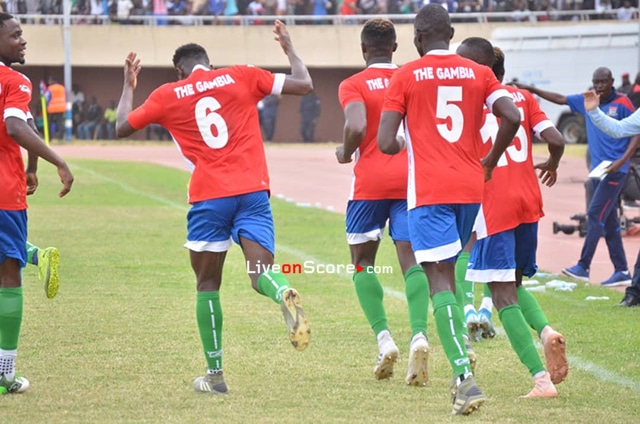 Gambia and Gabon have qualified for the Africa Cup of Nations (Afcon) finals each with one game to spare.

Gambia beat Angola 1-0 on Wednesday evening in a Group D match whereas Gabon saw off out of sorts the Democratic of Congo 3-0 in another match for the group.

The win saw Gambia cement their top spot with 10 points whereas Angola remain bottom with one point and have since been eliminated.

The Tom Saintfiet’s men went gone ahead through a goal from Assan Ceesay in the second half.

In another game played on Wednesday, Gabon also sailed through to the Afcon finals after defeating the Democratic Republic of Congo 3-0.

Arsenal captain Pierre-Emerick Aubameyang, Denis Bouanga and Aaron Boupendza scored for the Panthers who also finished the group on 10 points.

The Leopards of Congo have six points and are also out of the running for a place at the Afcon finals.