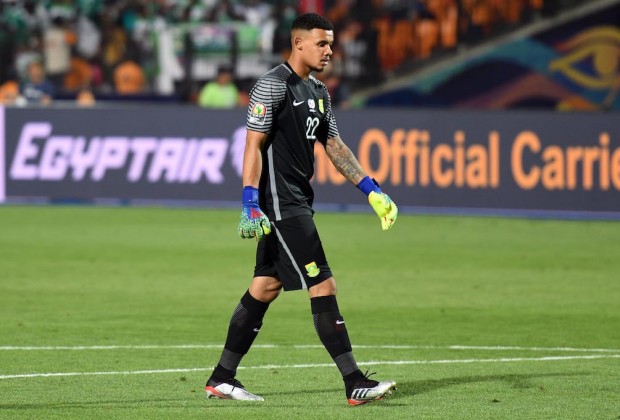 Bafana Bafana goalkeeper, Rownen Williams, said they wan to go top of group C of the AFCON qualifiers as South Africa edges qualification for next Africa Cup of Nations.

A win at the FNB Stadium and Bafana Bafana will seal their qualification for the AFCON which take places next year in Cameroon.

But Ghana Black Stars are also in the same situation and can be qualified if they win or draw to Molefi Ntseki team.

Read : Percy Tau – We have to seal AFCON qualification against Ghana

“At the beginning of this journey, the coach asked us what we want to achieve and we said we want to be number one in the group. And so far, so good with that challenge”, Rownen Williams told the media.