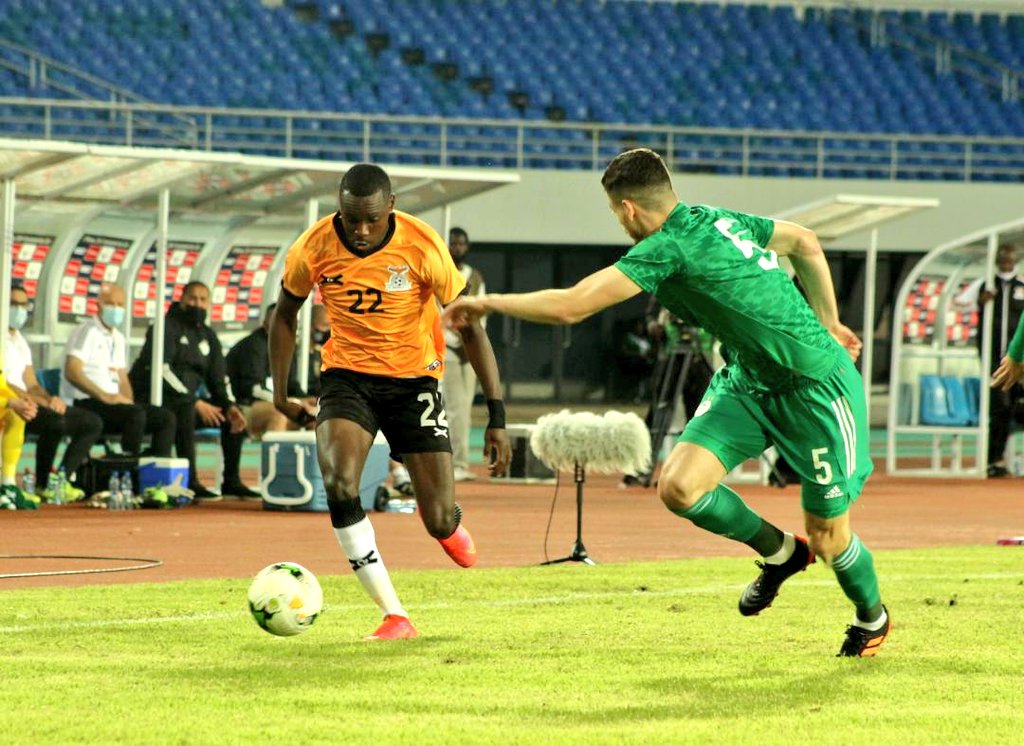 Zambia are out of the running for a place at the Africa Cup of Nations (AFCON) finals whereas Zimbabwe have sneaked through.

The Zambians were frustrated to a 3-3 draw by Group H leaders Algeria at National Heroes Stadium in Lusaka on Wednesday night.

The draw favoured Zimbabwe whose 1-0 win away in Botswana took their tally to unassailable eight points with one game to wind up the group.

Zambia have four points at par with Botswana heading into dead rubbers against Zimbabwe and already qualified Algeria who have 11 points.

The reigning Africa kings were without key players such as Riyad Mahrez but cruised into a comfortable lead.

The Red Bull Salzburg forward scored three minutes after Zambia had made a double substitution.

In the second half, Zambia levelled matters through Clatous Chama in the 52nd minute only for Slimani to bag his brace three minutes later.

The visitors made a defensive change later on with Ramzi and Belkebla coming in for Mehdi and Guedioura respectively.

A few minutes later, Farid Boulaya came on for Ramz.

The changes galvanised Zambia who should have scored but Daka glanced his header over the bar after meeting a 73rd minute corner kick.

However, there was no denying the Austria-based Daka from claiming his second goal of the night from yet another penalty which he converted in the 79th minute.

Substitute Phiri was brought down to earn the hosts the penalty. Daka thought he had snatched a later winner but his effort was ruled offside.