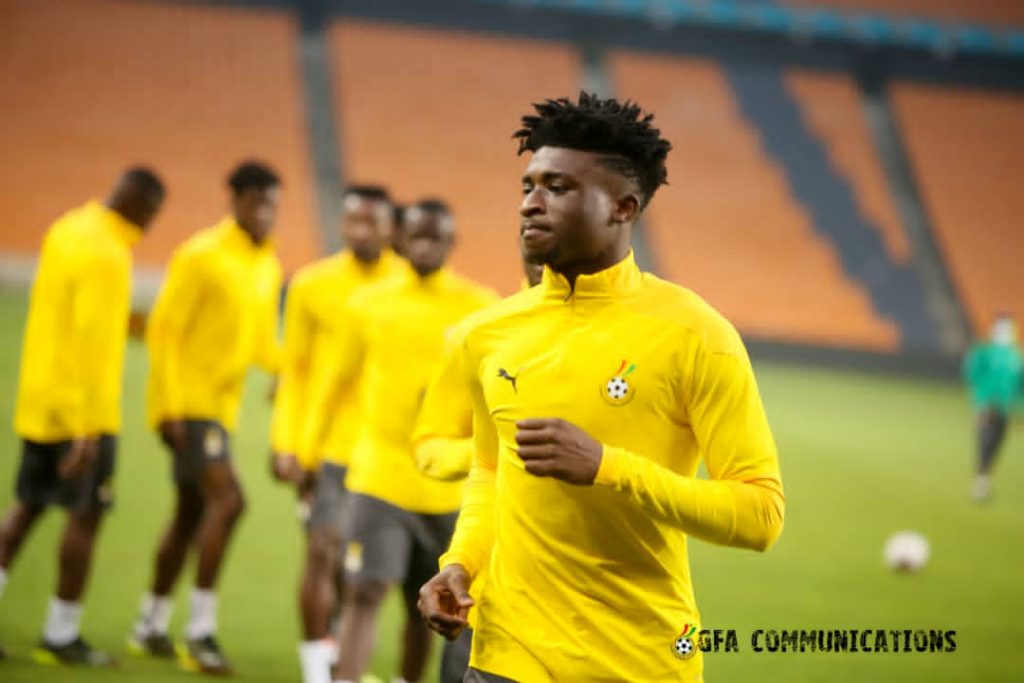 Black Stars midfielder Mohammed Kudus set the goal for Ghana as they engage South Africa in a decisive game for the qualification to AFCON 2021, this afternoon at FNB Stadium.

Ghana as well as hosts Bafana Bafana need to win in order to be sure of their qualification to the next Africa Cup of Nations.

And Ajax midfielder, Mohammed Kudus knows it and said he and his teammates will give it all as they will approach the game with the same mentality as they did in the first leg (2-0 in Accra).

“The goal is to qualify for the AFCON so we go into every game with the same mentality, whether it is two games or one game that we have to win, the mentality is the same”, Kudus who is wearing Black Stars outfit for the first time since November 2019, said.

“It’s the same spirit so whether we will qualify after this game or the next game, it’s the same mentality and we are going to do our best to seal qualification,

“The best way to approach the game is thinking that it’s a new game. Because we beat them the first time, they are going to come with extra motivation to beat us so the most important thing is to match their spirit and play what we know best”, he added when speaking to Ghana FA media.

In addition, the game will kick off at 4pm.