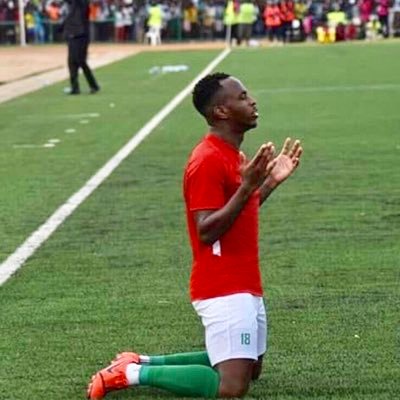 Burundi Football Federation president, Reverien Ndikuriyo, has since assured the country’s football followers that all players save for Berahino will be available for the match.

The striker will also be unavailable for the last encounter against table-topping Morocco next week.

Berahino is highly rated having made a name at West Brom in England but he now plays for Sporting Charleroi in Belgium.

Ndikuriyo has since further said striker Cedric Amissi will only play the match against CAR because his team needs him for a crucial encounter.

Burundi coach Jimmy Ndayizeye is also doubtful for the matches as he tested positive for Covid-19 for a few days.

“The training continues despite his [the coach] absence. You know that we have opted for a larger staff. The national team has several qualified coaches. And besides, he too comes back shortly once the results of the last test on Tuesday turn out to be negative for COVID19,” Ndikuriyo told the press on Tuesday.

Burundi have chances of qualifying for the finals as they have four points whereas CAR sit bottom with three points.

Morocco already qualified and they have 10 points whereas Mauritania come second with five points.