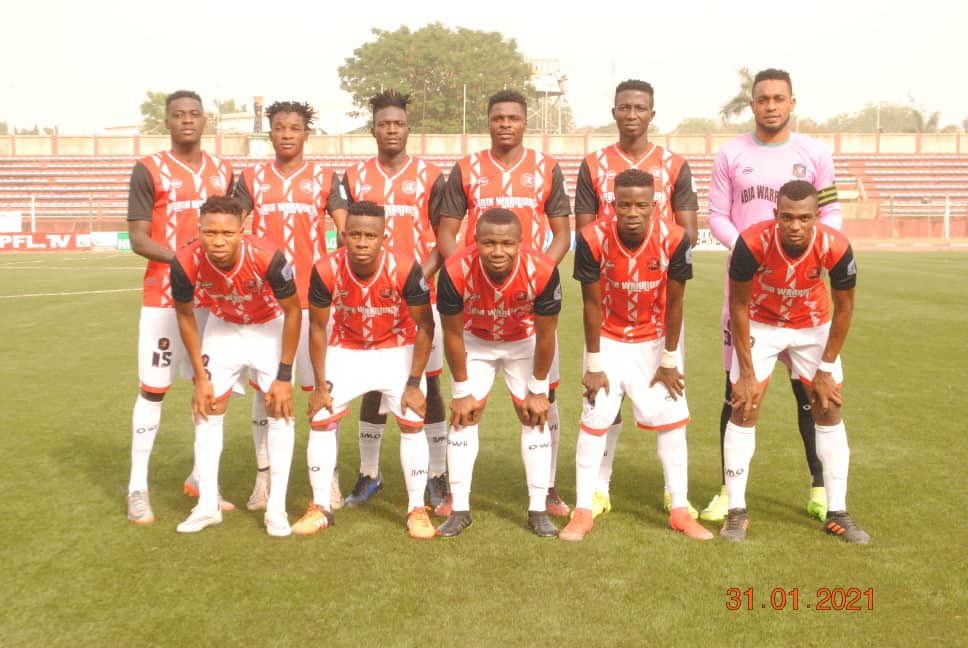 Abia Warriors eight games unbeaten streak has been halted by Nasarawa United who defeated them 5-3 in Sunday’s Nigeria Professional Football League(NPFL) Matchday 18.
After a poor start in the 2020/2021 NPFL season that saw the club handing head coach Imama Amakapabo a three game ultimatum, Abia Warriors began to find their rhythm back.
They have gone eight games without losing and throughout February, they never lost any game.
But they were no match for Nasarawa United in a eight goals thriller at the Lafia Township Stadium.
A silas Nwankwo was the hero of the day as he scored a  hat trick as Ikenna Offor and Chinedu Ohanachom also scored for thr hosts.

A keenly contested tie saw Nasarawa United take the lead through Offor who scored the opener just 12 minutes of play.
Abia Warriors responded immediately through Fatai Abdullahi who scored from the spot.
With three minutes to end of the first half, Nwankwo restored Nasarawa United lead to make the scoreline 2-1.
Abia Warriors will not cowered as Godwin Obaje scored the equalizer in the 45th minute.
Both both side headed to the dressing room with the points shared.
Two minutes into the second half, Nwankwo scored his second goal to restore Nasarawa United lead.
Another goal from Chinedu Ohanachom doubled the lead for the Solid Miners in the 58th minute to make it 4-2.
Abdullahi scored in the 76th minute and brought the scoreline to 4-3 to give his side the hope of a comeback.
Nwankwo completed his hat trick and shattered any hope Abia Warriors had for a comeback in the 79th minute.
Nasarawa United have now won each of their last five NPFL games against Abia Warriors.