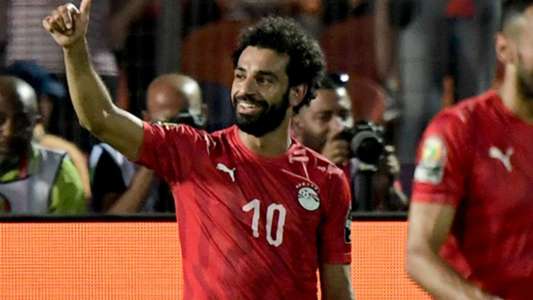 Egypt thrashed Comoros 4-0 and finished top of Group G in the Africa Nations Cup (AFCON) qualifier on Monday at the Cairo Stadium.

Despite both side already booked their ticket for Cameroon 2021, the Pharoahs showed no mercy to Comoros who picked the ticket before Egypt.

A brace from Mohamed Salah with two other goals from Mohamed Sherif and Mohamed Elneny saw Egypt overpower Comoros 4-0 as they finished on cruising altitude.

They concluded the qualifiers with 12 points and an unbeaten run.

The Egyptians looked set and determined to pick a win and finished top of the group and within the opening 25 minutes, they were already 4-0 up.

Mohamed Elneny who didn’t come off the bench against Kenya last Thursday opened the scoring in the 15th minute with a delightful finish, curling the ball beyond the keeper after a quick start to a corner saw him well positioned at the edge of the box.

Two minutes later, The Pharaohs were 2-0 up, Mohamed Sherif scoring with a simple finish one on one with the keeper. Comoros captain Nadjim Abdou had lost the ball cheaply with Mohamed Magdy Afsha picking up and sliding his teammate through.

In the 21st minute, Egypt were cruising with Salah scoring his first goal of the qualifiers with a well curled effort into the top left after a cutback from Mohamed Sherif.

Four minutes later, the Liverpool man completed his brace after rounding off the keeper and tapping into an empty net with Afsha registering his second assist of the evening.