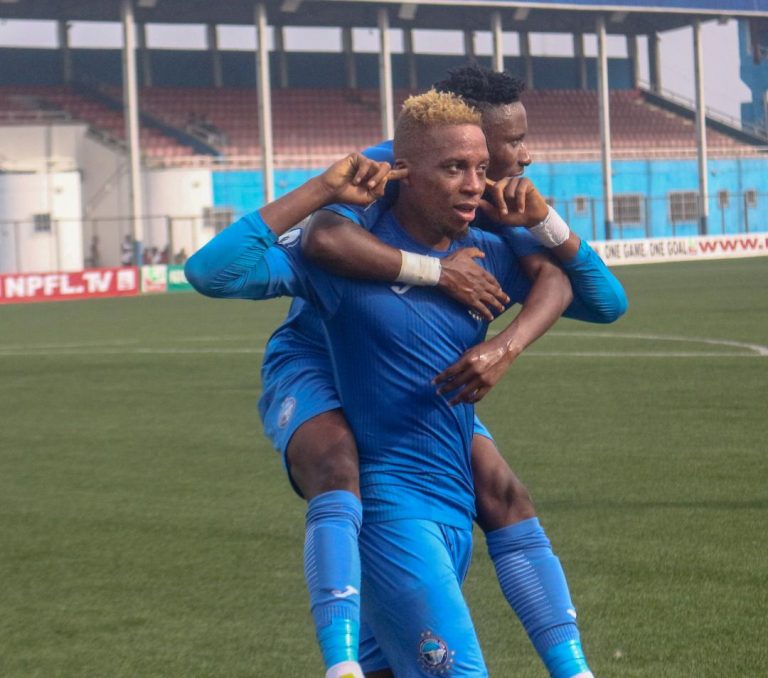 Enyimba returned to winning ways in the Nigeria Professional Football League (NPFL) following a 1-0 win against Dakkada FC on Monday.

The People’s Elephant saw their unbeaten run halted by MFM FC last week and immediately responded back with a lone goal courtesy of a Tosin Omoyele’s goal.
Enyimba head coach Fatai Osho made four changes to the side that lost to MFM FC at the Agege Stadium last week Wednesday.
Omoyele and Adebayo were handed a starting shirt as Frank Esobe got his debut.

Young left back Johnson Umah who returned from a layoff started in the bench.
The hosts dominated the game giving their visitors little or no chance to play their style.
Just two minutes into the first half, Omoyele scored for Enyimba.
Austin Oladapo found Stanley Okorom on the right flank before and the former MFM FC player skillfully beat  his marker with the first touch before he squared the ball to m Omoyele who slotted it in through the legs of Dakkada FC goalkeeper Oremade.
That goal made the difference despite Enyimba missing some chances that could have seen them doubled their lead.
With the slim win, Enyimba FC have now failed to score more than a goal in each of their last 6 consecutive NPFL matches.
They have now climbed to sixth on the table with three games at hand.