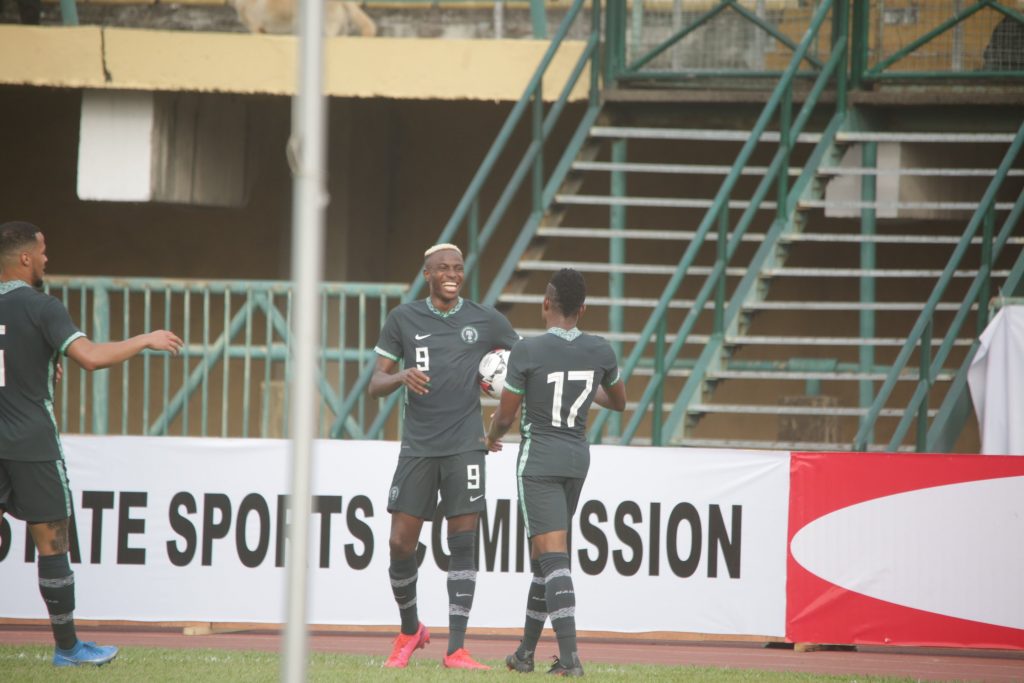 Nigeria’s Super Eagles end AFCON 2021 qualifiers in style with a large victory against Lesotho (3-0) on matchday 6 this Tuesday afternoon in Lagos.

Napoli striker Victor Osimhen was the one who opened the scoresheet for the home side after 22 minutes of play. The opener was assisted by Leicester forward Kelechi Iheanacho.

Osimhen turned provider in the second half as he handed Oghenekaro Etebo a ball inside the spot with the Stoke City man just having to push the ball into the back of the net.

Finally, the third goal has been scored by Paul Onuachu who once again, came from the bench to made it three.

Super Eagles end the qualifying stages being unbeaten with four wins and draws in six games.