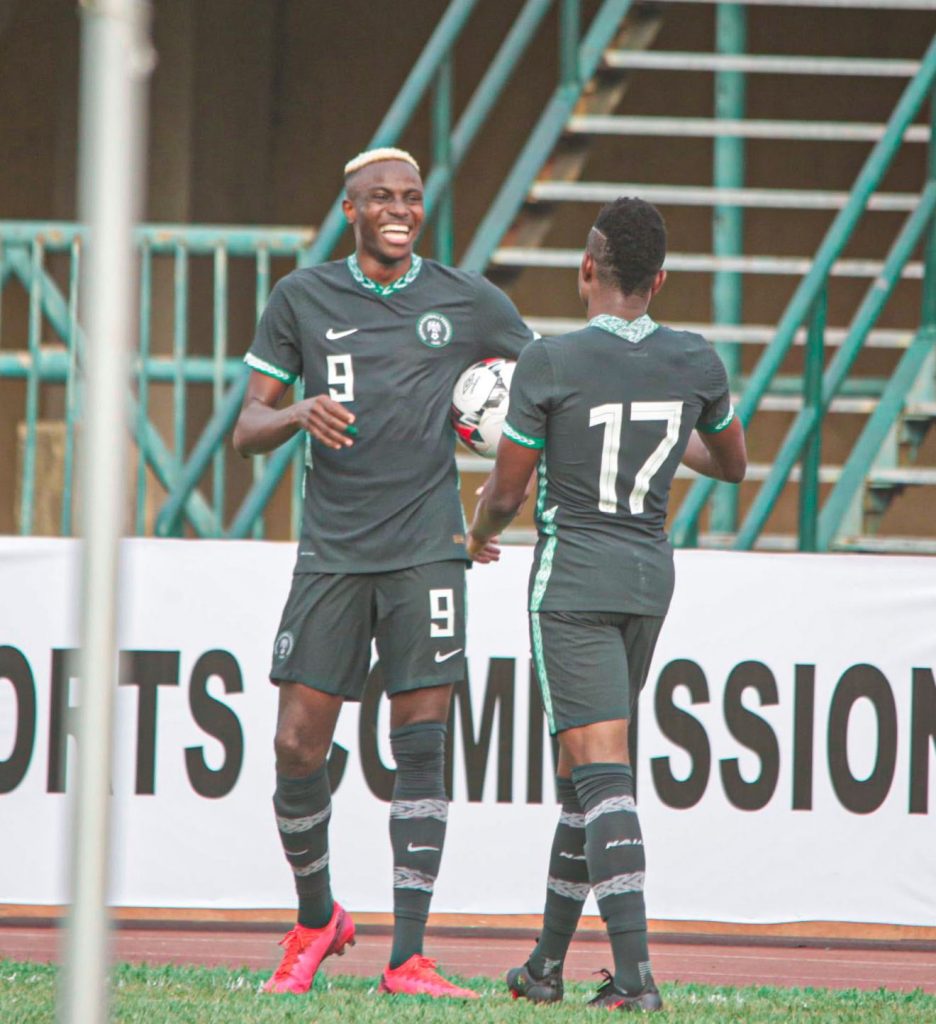 Victor Osimhen was voted as Super Eagles man of the match following his performance in Nigeria’s 3-0 win against Lesotho at the Teslim Balogun Stadium, Lagos.

Osimhen who ended the Africa Nations Cup qualifier as the top goalscorer for Nigeria scored the opening goal for the Super Eagles in the 22nd minute of the game.

He also set up Oghenekaro Etebo for the second goal before he was replaced by Paul Onuachu who scored the third.

Meanwhile, the Lagos State Governor, Babajide Sanwo-Olu has congratulated the Super Eagles on their impressive 3-0 victory over Lesotho.

Sanwo-Olu in a tweet via his official twitter handle immediately after the game lauded the performance of the Super Eagles and urged them to conquer Africa at the bi-annual tournament in Cameroon next year.

“3:0! Happy to witness a victory for the Super Eagles as we celebrate the #SuperEaglesHomecoming at the Teslim Balogun Stadium.

“Now we look forward to the African Cup of Nations.

“Well done to the coach, team and the supporters. #SpiritOfLagos”