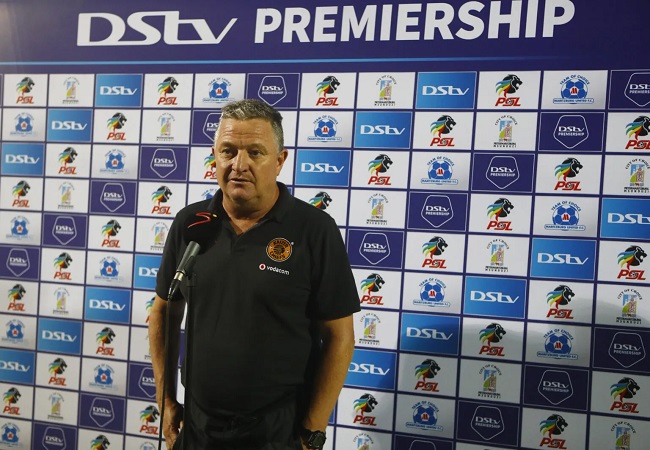 The dismissed coach, Molefi Ntseki  was appointed as Stuart Baxter’s successor in 2019, and while he had a contract until 2022. However, his team’s failure to qualify for the 2022 AFCON finals in Cameroon forced SAFA to end the relationship.

The big question that is pending now is who will replace Ntseki as head coach of Bafana Bafana. Early candidates for the Bafana Bafana job, include the likes as Benni McCarthy. Almost every football fan backs him to take over from Ntseki at Bafana Bafana.

McCarthy success as a player speaks volume. But it is the track record of his young coaching career that has kept fans talking about him joining Bafana Bafana. Benni has done well for AmaZulu and Cape Town City in South Africa. And it was when Stuart Baxter resigned as Bafana Bafana coach that his name was thrown into the hat. While McCarthy doesn’t have the international experience SAFA is looking for as part of their selection criteria, it is the coach’s ability to turn things around and his understanding of football and SAFA that could work for him.

Like Benni McCarthy, calls has been growing for Pitso Mosimane to take over. As the Kagiso-born mentor is contracted elsewhere, it would take something very special for him to leave Al Ahly and return to Bafana Bafana.

Mosimane was sacked nine years ago after drawing to Ethiopia and he was involved in a nasty legal battle with SAFA as he was seeking his compensation. Mosimane then joined Mamelodi Sundowns where he flourished as coach. And he won a number of major trophies, including the CAF Champions League in 2016. He has never ruled out the possibility of returning to the Bafana Bafana hot-seat. But the timing could just be wrong at this point. Because he’s working for one of the greatest clubs in Africa.

Eric Tinkler is a former Bafana Bafana player with coaching credentials. And some believe he should step in to lead the country’s national team. He may not have the required international experience. But he could certainly learn on the job. And it is his understanding of South African players and football that could get him the job. In addition, Tinkler is currently unemployed and it wouldn’t be a hassle to get him on board.

Adel Amrouche was once tipped to take over from Stuart Baxter in 2019. At the time, the Algerian mentor wasn’t attached to any club or national team. And he was considered experienced enough to be able to lead Bafana Bafana. However, he’s now the head coach of Botswana’s senior national team. And looking at his record since being appointed in August 2019, his chances of getting the Bafana Bafana job looks minimal. Amrouche has only recorded a single win, three draws and suffered six defeats in 10 matches he has been in charge of the Zebras.

Gavin Hunt’s name has again resurfaced. But whether or not he will leave Kaizer Chiefs for a similar job at Bafana Bafana remains to be seen. He’s one of the few successful South African coaches to have continuously been overlooked by SAFA in the past. With Chiefs not doing so well under his leadership, perhaps applying for the Bafana Bafana job could do his CV a world of good.