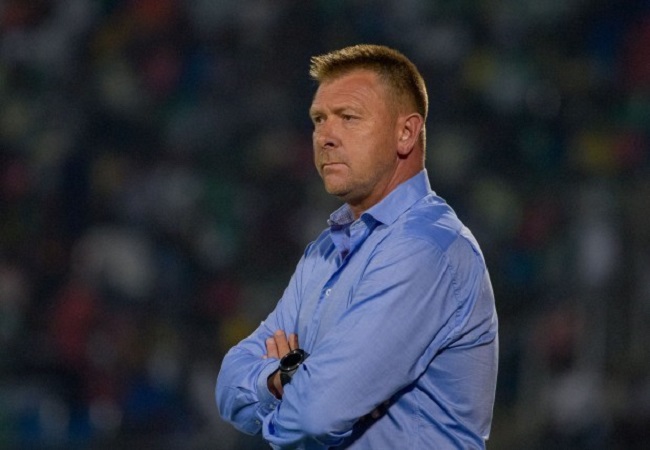 Now that the position is vacant, former Bafana Bafana midfielder Eric Tinkler has expressed his desire to take over the team.

Tinkler, currently unattached to any team, said he would never turn down the chance to coach Bafana Bafana. However, he doesn’t think the SAFA will even consider his application.

“Obviously, I would never turn down an opportunity such as that of coaching the national team.” Tinkler told TimesLIVE.

“That will always be a great opportunity. But to be honest with you‚ I don’t think that call will come.” He said.

Tinkler further revealed that the country should stop blaming coaches every time Bafana Bafana fail to qualify for major tournaments, saying he completely disagrees with the idea.

“We have to start qualifying for major tournaments. And the other important thing is that we can’t just keep on putting the blame on the coach.” He added.

“Many coaches have been in charge of Bafana Bafana‚ and that is a lot of coaches.”

“To continuously put the blame on coaches is something that I completely disagree with.” Continued the candidate.

According to Tinkler, the SAFA hierarchy and the players should do serious introspection. Adding that a coach cannot be responsible for wasted goalscoring chances by players.

“First and foremost we have to be looking at ourselves within the hierarchy of football and the players also need to start looking at themselves.” He said.

“This business of blaming coaches all the time must come to an end. Because there is only so much a coach can do.”

“Once the players are out on the field‚ they need to produce and the coach can’t score the goals. They are the ones who are in charge and it is too easy to blame the coach.” concluded Tinkler.

Tinkler is a successful coach in his own right with trophies and experience under his belt. He took Orlando Pirates and SuperSport United to the CAF Confederation Cup finals in 2015 and 2017 respectively.