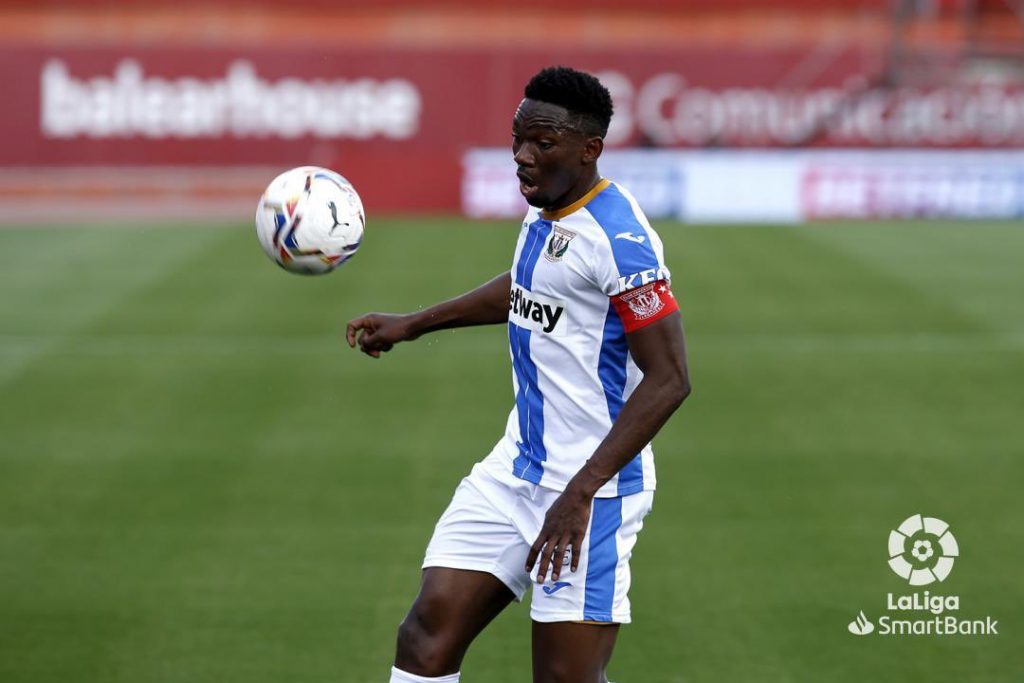 Super Eagles defender Kenneth Omeruo could not guide Leganes to victory as hey lost by a lone goal to Real Malllotcs in the La Liga SmartBank.

Omeruo was handed the captain band as Leganes hope of booking automatic ticket to the Spanish La Liga suffered another major setback.

The La Liga SmartBank entered week 32 and after Omeruo’ inability to honour the Africa Nations Cup qualifier against Benin and Lesotho, he was handed the armband.

Leganes head coach Asier Garitano started with a lineup with three changes compared to the team that drew five days earlier in Almería.

Rosales came in defense in place of Bustinza as left back, Luis Perea replaced the suspended Rubén Pérez in midfield, and Róber Ibáñez replaced Borja Bastón in the attacking area.

Both sides sized each other in the first minutes.

However, the home side took the lead in the 25th minute in a set piece.

Salva Sevilla took a free kick from the left and Raíllo connected an impossible header for Riesgo to make it 1-0 for Mallorca. Leganés tried to react, and Palencia’s right-footed shot went wide.

After the loss Omeruo’s club remain in fifth positions with 54 points.

Their next game will be against Sabdell at the Burtarque on Sunday.