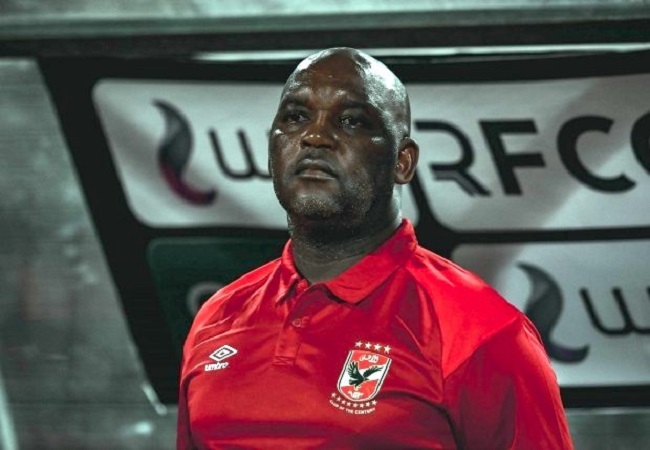 Bafana Bafana are currently without head coach following the sacking of Molefi Ntseki early this week. The sacking occured after the team failed to qualify for the 2022 Africa Cup of Nations finals.

This is according to news out of Egypt where Mosimane is currently in charge of the reigning CAF Champions League champions Al Ahly.

SAFA need to find a replacement for Ntseki urgently with Bafana Bafana scheduled to start their 2022 Soccer World Cup qualifying campaign in May this year.

SAFA sacked Mosimane after a home 1-1 draw with Ethiopia in their opening 2014 Soccer World Cup qualifier which extended the national team’s winless streak to seven matches.

Mosimane was then appointed Mamelodi Sundowns coach in December 2012. And he transformed the Tshwane giants into one of Africa’s top teams.

However, leading Egyptian website Fil Goal reported that Pitso Mosimane is only focused on Al Ahly.

“The coach rejects the idea of ​​returning to train South Africa.” A close source told the website.

“Mosimane is only thinking of continuing with Al Ahly. And he is not enthusiastic to lead the national team, even if it’s a dual role with the Al Ahly job.

“In 2019, Mosimane refused to coach the team to succeed Stuart Baxter. Because he was convinced that he had a lot [of work] ahead of him.”

Former Bafana Bafana coach Clive Barker this week suggested Mosimane would be the best man for the job.

Meanwhile, former Bafana Bafana star and Maritzburg United coach Eric Tinkler put his hand up for the role. While Kaizer Chiefs coach Gavin Hunt believes : “It’s no where near [my thoughts].”