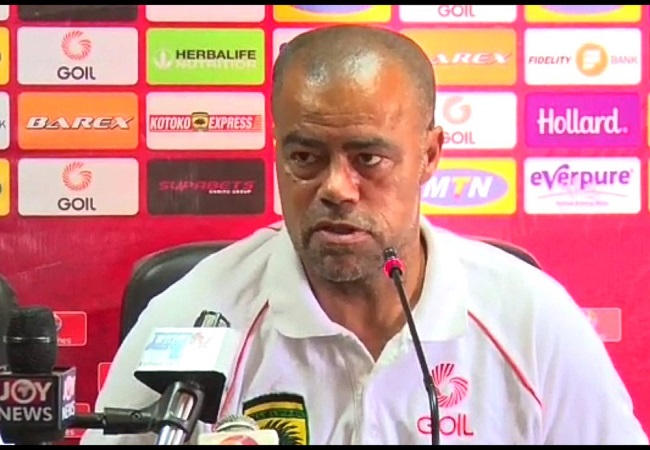 Steve Pollack believes Ghanaian clubs are finding it difficult to work with him. The former Asante Kotoko coach believes it’s due to how he was trained. The English trainer has worked with Berekum Chelsea and the Porcupine Warriors in the past.

According to him, he is a disciplined and straight forward person who doesn’t lie. That is why clubs classify him as a difficult person.

“I know there are teams that will be interested. But they say am difficult.” He said in an interview.

“That’s how I was brought up. And that’s the way it should be.

“When I’m doing my job, I do it to the best of my ability for the club, and not for myself.” He added.

Steve Pollack was shown the exit door after CARA Brazzaville eliminated the Porcupine Warriors out of the CAF Confederation Cup in the preliminary round in 2018.