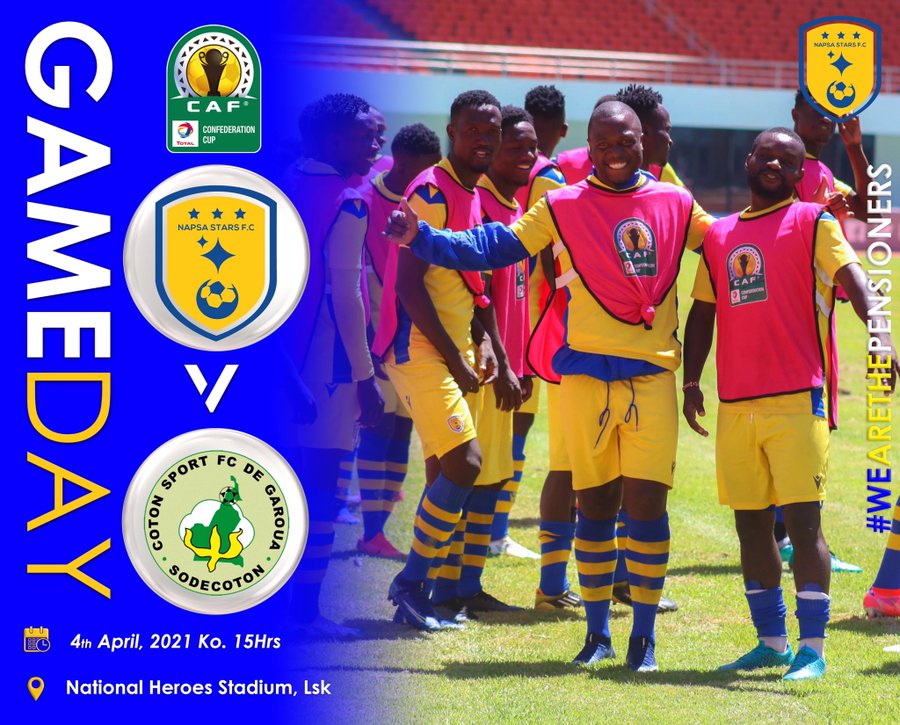 Abdouraman Daman scored the only goal of the game in the 16th minute at Heroes Stadium in Lusaka to hand the visitors the maximum points.

Substitute Bornewell Mwape had a chance to level matters for Napsa but his effort went off the bar in the 59th minute.

Mwape’s attempt came after Napsa had substituted David Odhiambo for Bornwell Silengo who was stretchered off following a knock.

The Cameroonians went top of Group B on six points, five more than their Zambian hosts who are on fourth place.

The Mohamed Fathi coached side went into the match after having drawn 2-2 against Algerian side JS Kabylie and lost to Moroccan side RS Berkane.

Coton delegation arrived in Lusaka, Zambia, on Friday without part of their luggage.

Napsa had to help out the visitors with a training kit.

As we went to press, defending champions Berkane were meeting Kabylie in another match for the group.