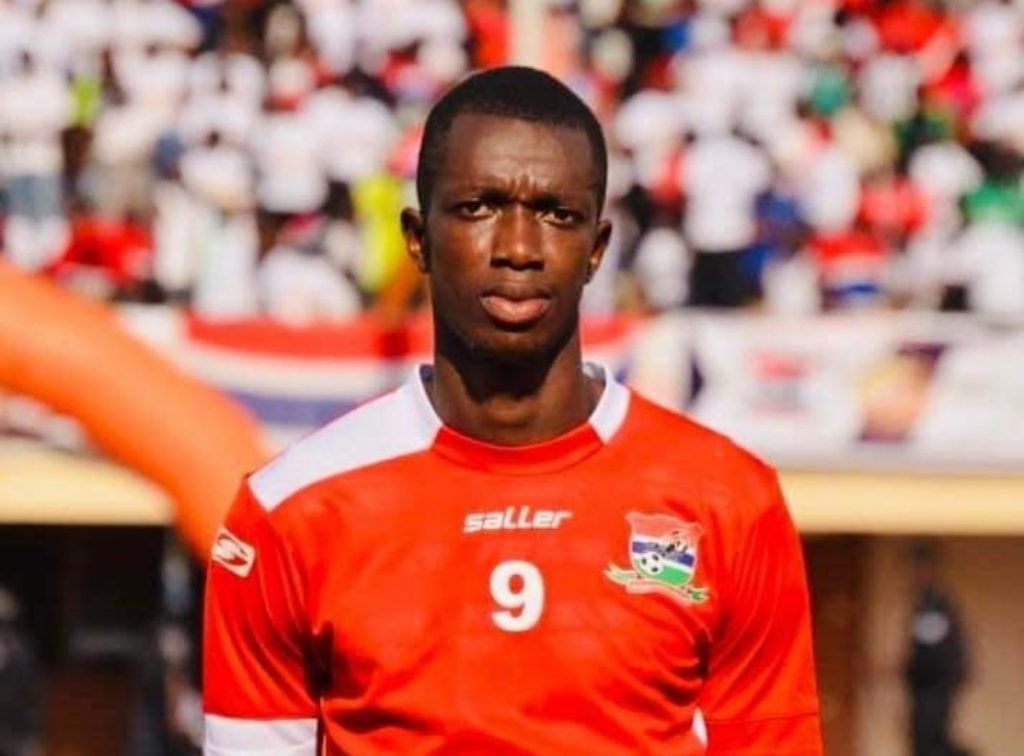 The Gambia striker Assan Ceesay has reflected on his strike that earned his team a maiden appearance at the Africa Cup of Nations (AFCON) finals.

Ceesay told The Gambia Football Federation website that he shall always cherish that goal against Angola at Bakau’s Independence Stadium on 25th March 2021.

The FC Zurich striker is quoted describing the 1-0 win over Angola as the best moment of his life.

“This image anytime I looked at it, it’s like I scored the goal right now because is a feeling that will stay with me forever, because the time, the moment, the day and what the goal brings to the Gambian people and for myself is just incredible. I will never forget it for the rest of my life,” Ceesay is said to have told the BBC.

“I have never felt like this since becoming a football player, it’s like this is the best moment of my life so far because the Gambian people showed me love, their prayers through my phone on social media everywhere and wherever I go I saw messages and people congratulating me and praying for me. I hope it will continue like this and I hope to continue scoring many goals for my country until the AFCON so we can continue to surprise.”

The website says he latched onto a rebound to stab home the winner after the Angolan keeper had fumbled an Ablie Jallow shot from a Steve Trawally cross.

Ceesay started his career in the domestic league un Gambia before signing for the Swiss giants after a stint in the Senegalese league.

Gambia’s Scorpions qualified for the AFCON for the first time ever after amassing 10 points with one round of matches left in Group D.