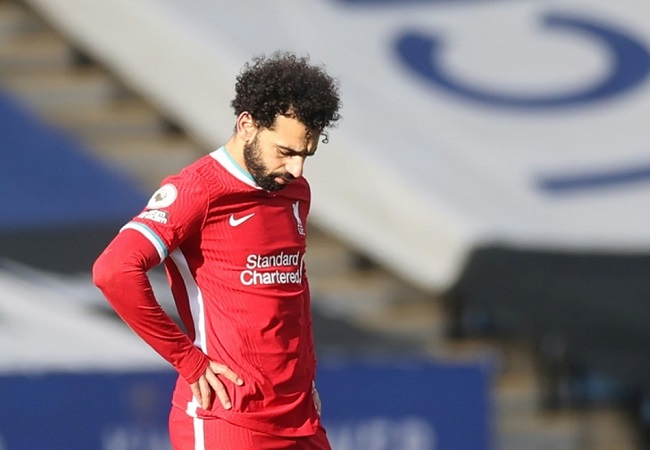 Rumours have recently spread that Liverpool striker Mohamed Salah would have intended to leave the club. Liverpool have however warned that Egyptian international will look to move on if “a better offer comes in”, with the Egyptian’s former coach not surprised by renewed talk of interest from Real Madrid and Barcelona.

A prolific presence at Anfield has been keeping that rumour mill ticking over with regular admissions that he may be tempted to take on a new challenge in La Liga at some stage in the near future.

He remains tied to a long-term contract on Merseyside for now. But money talks in modern football. And Hamdi Nooh admits that a much-coveted 28-year-old could be lured away from his current surroundings by an intriguing proposition.

“Yes, he may think about leaving Liverpool if a better offer comes in. But that’s just my own opinion. He’s unique. And his family means everything to him.” Nooh, who worked with Salah at El-Mokawloon and is credited with unearthing his obvious talent, has told AS when asked if a move could soon be made.

“I can’t guess at that. I enjoy watching Real Madrid, Barcelona and Bayern Munich. But my heart is always wherever Salah is.

“In any case, I’ll be very happy if he goes to a Spanish club. Spanish football is my favourite.” Pressed further on whether Camp Nou or Santiago Bernabeu would be the better landing spot, Nooh added.

The respective squads of Ronald Koeman and Zinedine Zidane are already loaded with attacking options.

Players such as Salah will, however, be welcomed through the doors at any club in world football.

Nooh believes the Egypt international would thrive in Madrid or Catalunya, with it easy to see how he could prosper alongside the likes of Eden Hazard and Lionel Messi.

“Absolutely! Hazard is one of the best players in the world along with Messi.” Nooh said.

“If Salah joined Madrid or Barcelona he would bring a lot to either team. Because he will be playing with players who were born to be on the ball.”

For now, Salah is focused on ending the 2020-21 campaign as positively as possible.