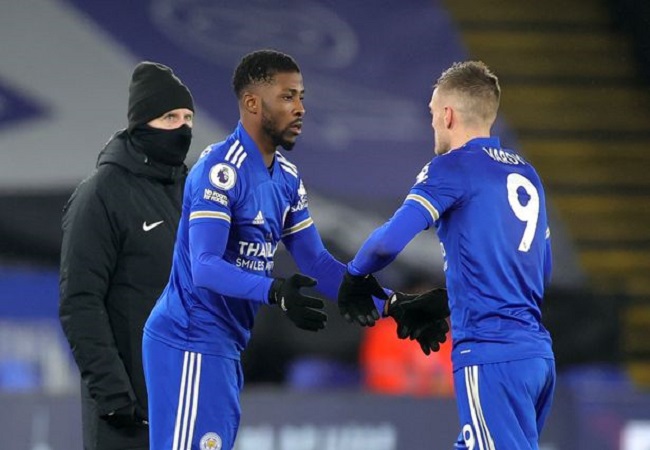 Former African Footballer of the Year and 1996 Olympics gold medalist Victor Ikpeba shares the opinion that Kelechi Iheanacho can step into the shoes of Jamie Vardy when the aging Leicester City striker calls time on his career.

Iheanacho has hit a rich vein of form for the Foxes. He scored seven goals in his last five games in all competitions. And he was recently named the Premier League Player of the Month for March.

Few days after returning from international duty with the Super Eagles, Iheanacho signed a new contract with Leicester City. A deal taht links him to the club until at least the end of the 2023-2024 season.

“Deserving in some ways because his performance in the last few weeks is a signal to Brendan Rodgers that Kelechi might be a good replacement for Vardy, he’s not getting younger.” Ikpeba said on Super Sport’s Monday Night Football with regard to Iheanacho’s new deal.
“If Kelechi has the confidence of the manager and his teammates, if they give him those passes he’ll score goals.

“So in some ways Kelechi is just like the natural replacement for Vardy, I think so. For him to have a three-year extension, it says volumes in modern football.” He added.

Iheanacho joined Leicester City from Manchester City in the summer of 2017 for a fee of 25 million pounds.