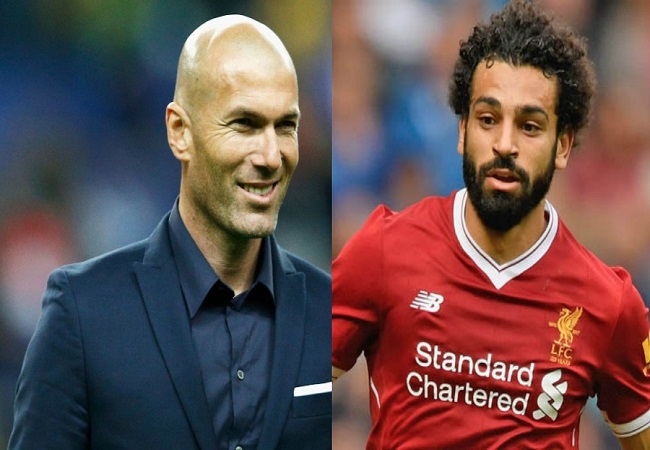 Rumours have recently linked Mohamed Salah to Real Madrid. And the record 13-time European Cup winners’ manager Zinedine Zidane has finally opened up on the subject.

Salah, 28, continues to be in link with a move to Spain despite he is under contract to Liverpool until 2023. But Zidane wasn’t about to get dragged into those talks with the Frenchman firm in his response.

“Since he’s not our player, I’m not going to get into that.” Zidane said this week, ahead of Liverpool’s visit to Madrid.

“Salah’s not our player either, all I’m interested in is tomorrow [Tuesday].”

Tonight’s meeting between the two European giants will be the first since the 2018 final in Kiev, which Real won 3-1.

In that match, Salah had to leave the pitch just after the half-hour mark with a shoulder injury following a clash with Los Blancos skipper Sergio Ramos.

The Egyptian winger has scored in his last three Champions League matches for Liverpool, including in back-to-back ties against RB Leipzig.

In total, Salah has scored 25 goals in 43 Champions League matches for the Reds.