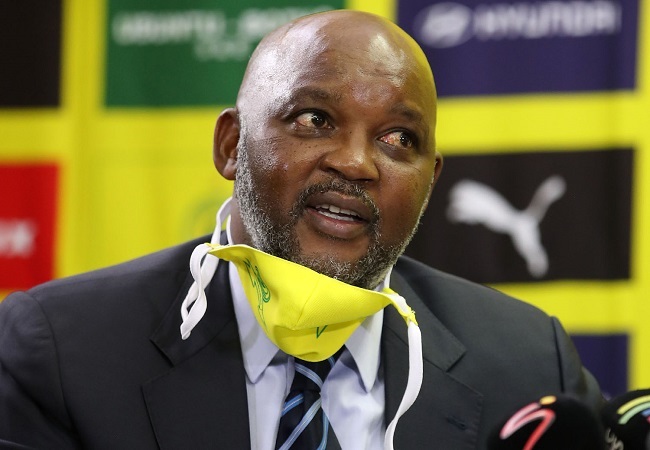 Al Ahly validated ticket for CAF Champions League quarter-final. And the side’s head coach Pitso Mosimane has issued a stern warning to all teams to continue the competition.

The reigning Champions League winners’ 2-2 draw with Al Merrikh was enough to see Mosimane’s men progress to the Last 8 of the competition, finishing as runners-up in Group A.

By virtue of finishing second on the standings, Mosimane’s side will face any of the other group leaders in the quarter-finals. And the two-time winner has sent out a stern message to any potential opponents.

“We lost to Simba SC away from home. But we managed to win against AS Vita Club in DR Congo. And we secured a draw in Sudan against Al Merrikh to qualify (for) the quarter-finals.” Mosimane told Al Ahly’s media department.

“All the teams that topped their groups don’t wish to face Al Ahly. We are a strong team. And we won the competition on 9 occasions. Finally, we will continue our journey to defend our title.” He added.

Mosimane’s men, who will finish in second place regardless of their result against Simba in the last group match, will be looking for a strong finish in the group and to avenge their 1-0 defeat in the reverse encounter.

The match is scheduled for kick off at 19:00 GMT at on Friday at Al Ahly new stadium, the Al-Salam WE Stadium.