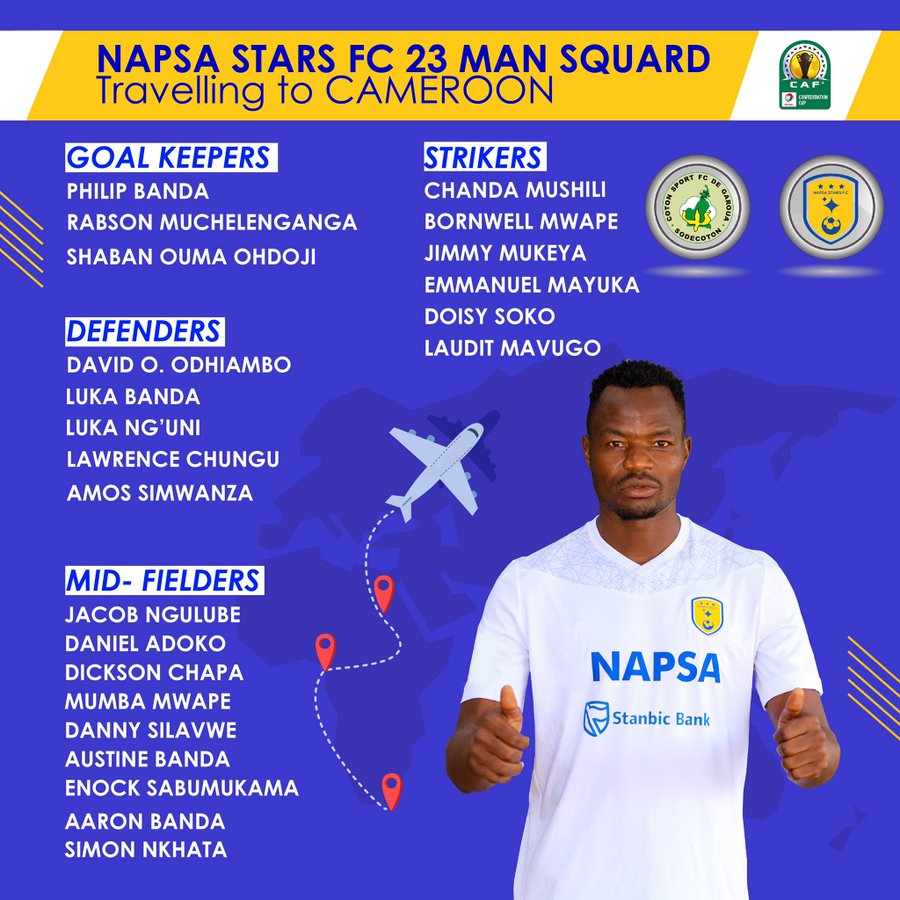 The former Southampton and AFCON-winning striker is the most experienced player in the Napsa squad that has other forwards such as Bornwell Mwape.

“Here is our team traveling to Cameroon for this Sunday’s second leg CAF Confederation Cup Group Stage match against Coton Sport FC. The team leaves at 09h00aboard a Chartered flight for this game is set for Sunday at Garoua Roumdahja Stadium,” Napsa has tweeted today

The Group B bottom-placed Napsa face Coton Sport at Roumdahja Stadium, Garoua in Cameroon in the reverse fixture.

The Cameroonians beat Napsa 1-0 in Lusaka in the first leg match to take their tally to six points from three games. Napsa have one point.

Abdouraman Daman scored the only goal of the game in the 16th minute at Heroes Stadium in Lusaka to hand the visitors the maximum points.

Apart from the loss to Coton, Napsa also 2-2 against Algerian side JS Kabylie and lost to Moroccan side, RS Berkane.

Surely, the Zambians have their backs to the wall going into Sunday’s game.

A further loss would see them crash out of the race.