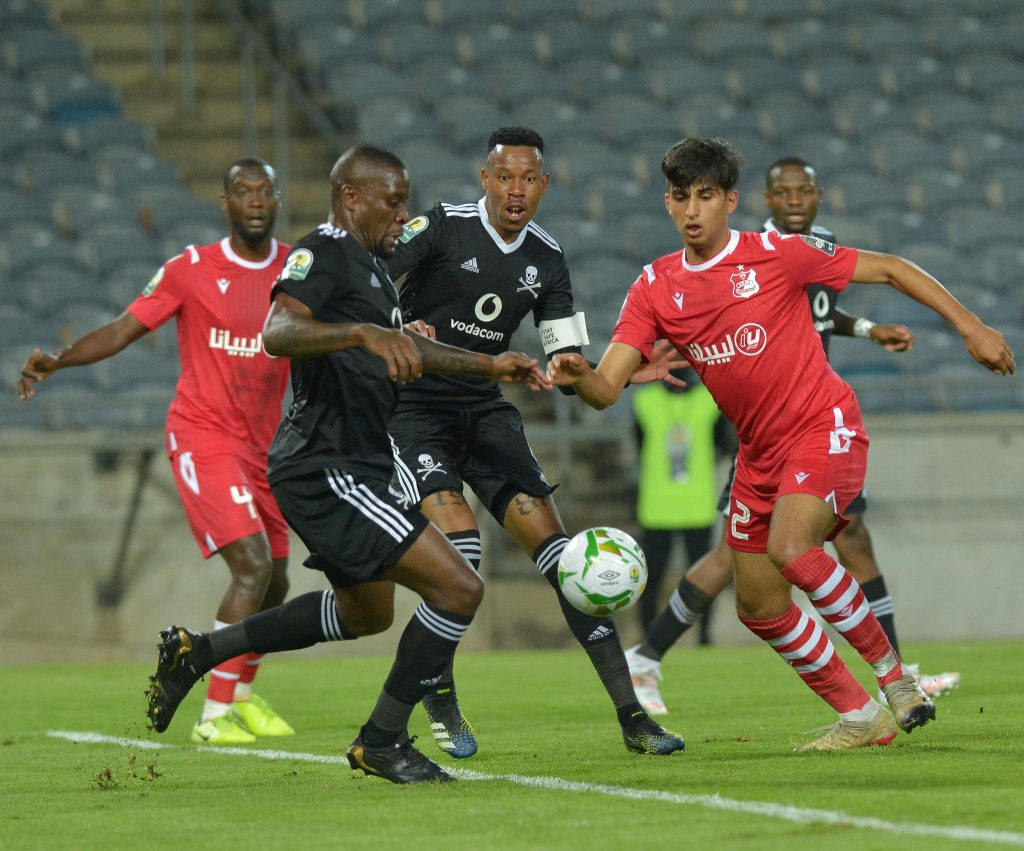 Pirates hosted the Libyan giants at the Orlando Stadium after playing a goalless in the first leg.

With Group A standing looking tight after Matchday 3, the Soweto giants were condemned to win.

However, it was the visitors that were the quickest out the blocks displaying great aggression to starve the hosts of possession in the opening ten minutes.

That did not last too long, with the Soweto Giants beginning to surge forward halfway through the first half.

The breakthrough came in the 26th minute, and it was through an unlikely source in centre-back Ntsikelelo Nyauza, who was the recipient of a corner from Deon Hotto.

The defender had two bites at the cherry, as his first attempt – a header – fell on his feet, where he swept goalward to make it 1-0.

The Buccaneers continued to control matters, making frequent visits to the opposition’s half.

They were rewarded from a corner-kick once more, when Hotto found Tshegofatso Mabasa this time around, and the striker headed into the near-post with help from a deflection on Ahli Benghazi Abubakar Milad, who was credited with the own goal.

The hosts headed to the dressing room with two goals already in the bag and three points in within grab.

Ahli Benghazi returned to the second half looking more threatening as they enjoyed possessions.

Towards the hour-mark, the Buccaneers regained their momentum, spelling more trouble for the North Africans.

The third goal came in the 69th minute after sleek work from Hotto on the left flank, as he skinned the defence before floating in a cross to Tshegofatso Mabasa, who was denied by a fine save from point-blank range.

Three goals was all Josef Zinnbauer’s men needed to top the group after Enyimba also lost by the same margin to ES Setif in Algeria.