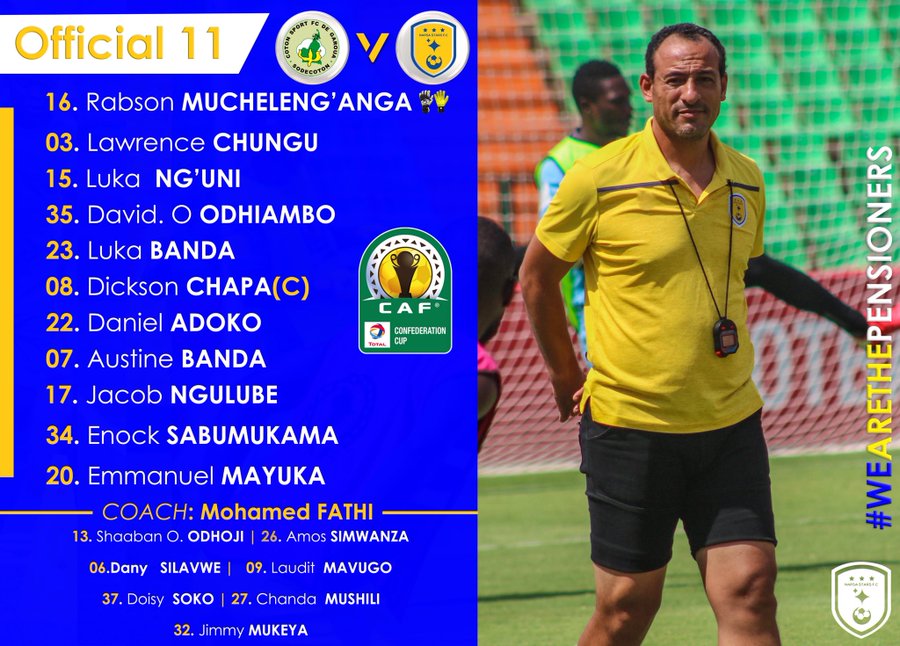 Napsa Stars from Zambia crashed out of the Caf Confederation Cup group stages after losing 5-1 to Coton Sport in Cameroon on Sunday afternoon.

The loss at Garoua Roumdahja Stadium saw Napsa remain bottom of Group B with one point from five games.

The Zambians earlier lost 1-0 in the first leg played in Lusaka last week.

However, all that counted for nothing as Marau scored for the hosts in the 18th minute before L. Arainia doubled the advantage after he was granted acres of space before shooting into the net.

Coton led 2-0 at half-time and when play resumed, they continued from where they had stopped.

Things turned from bad to worse for Napsa as Sanou made it 3-0 for the hosts with a goal in the 71st minute.

Embadza added another goal with three minutes to full-time before Alemi completed the demolition. Substitute Dosy Soko scored the consolation goal for the Zambians after replacing Lawrence Chungu.