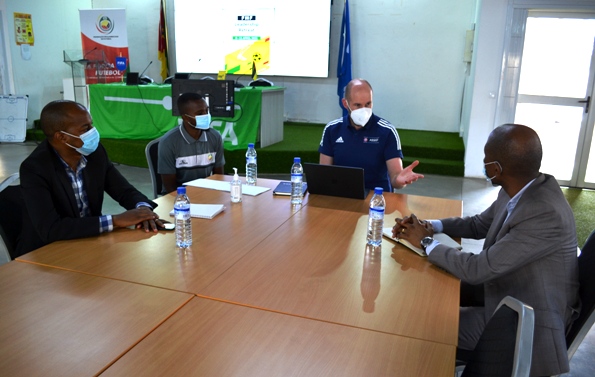 A delegation from the Union of European Football Associations (Uefa) is visiting Mozambique.

Mozambique Football Federation (FMF) website says the visit of the Uefa delegation has been made possible courtesy of the Confederation of African Football.

FMF says the visit is meant “to listen to various segments of the Mozambican Football Federation (FMF), the Olympic Committee of Mozambique (COM) and the government, through the Secretariat of State for Sport.”

Speaking at the end of his meeting with UEFA emissaries, Sidat said the meeting with the Uefa delegation was a success.

“We asked UEFA for advice on leadership, administration, competitions, legal, technical and marketing. Unfortunately, the response was not immediate because of the COVID-19 pandemic, but now we are moving forward. Having a partner like UEFA is an added value, ” Sidat is quoted saying.