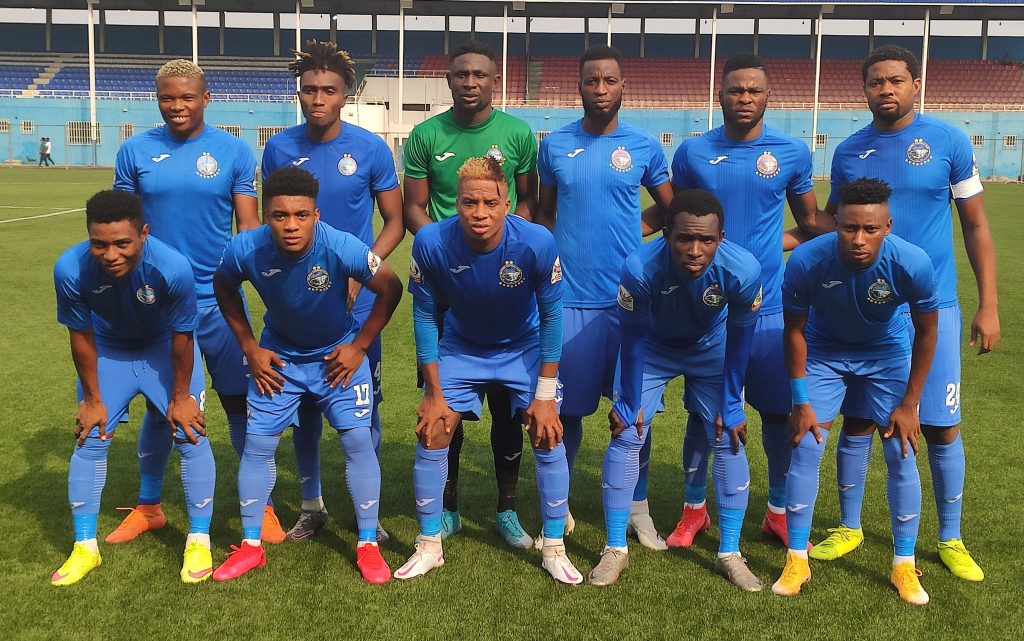 It was an unmemorable night for Enyimba FC as they suffered a 3-0 list to Algerian side ES Setif on Matchday 4 of the CAF Confederation Cup at the Stade 8 Mai Setif.
After a narrow 2-1 win over Setif at the Enyimba International Stadium Aba, the People’s Elephant traveled for hours to honour the invitation with the hope of picking something.
Fatai Osho made four changes to the side that defeated Setif in Aba with Nabil Yarou, Anthony Omaka, Dare Olatunji and Cyril Olisema starting.
The host got the game started were looking for an early goal and in the 10th minute, John Noble was called to action when he made a fantastic save to deny Setif player.

After missing some chances, Setif finkaly got the opener in the  32 minutes courtesy of a Karaoui’s goal.
Enyimba almost immediately responded through Oladpao who’s shot was punched away by the goalkeeper.
Setif doubled their lead on the verge of first half through Amoura who scored in the 32nd minute.
The hosts didn’t relaxed on their oars despite already leading by two goals as they kept on pushing for more.
A one on one situation saw Noble expertly picked the ball from Djahnit’s feet.
Enyimba conceded the third goal in the 65th minute before Nobel denied Djahnitz from scoring the fourth as he kept out a penalty kick.
Enyimba have now failed to puck a point in their two away games in the CAF Confederation Cup.
They now have six points in four games and are second in Group A, two points behind Orlando Pirates.