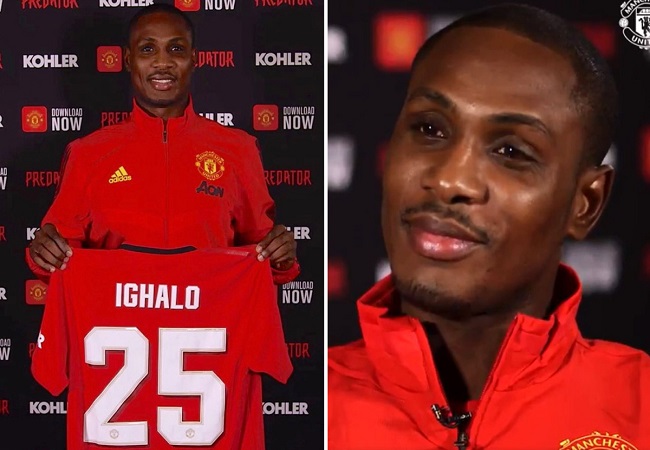 Odion Ighalo has spoken of his pride after playing for the biggest club in the world, Manchester United. The Lagos-born’s loan move to Manchester United from Chinese outfit Shanghai Shenhua in January 2020 is still considered one of the unlikeliest transfers of recent windows. However, his 12 games for the Old Trafford club saw him catapulted to hero status in his country.

“I’m very proud, because playing for Manchester United has raised my profile. And people are now talking about me more.” The 31-year-old Ighalo admitted during an interview with Sky Sports.

“Sometimes I have to order some shirts from Manchester to give to people over there. That’s how big and how privileged I am to play for such a great club.

“Being the first Nigerian to play for Manchester United is great. If I keep talking about it, then I will get emotional. I’m just so happy.” He added.

At the start of the year Ighalo left United to join Saudi Arabian side Al-Shabab.

He made his name in English football with Watford. He scored 33 goals in 82 appearances for the Hertfordshire club. The striker was key to the club during the 2015/16 campaign – Watford’s first season back in the Premier League since 2006/07.

Ighalo bagged 20 goals in the Championship to help secure promotion to the top flight. He thus debuted in the Premier League with an impressive 15 goals – plus a further two in the FA Cup –. Making him the Hornets’ top scorer for the campaign.