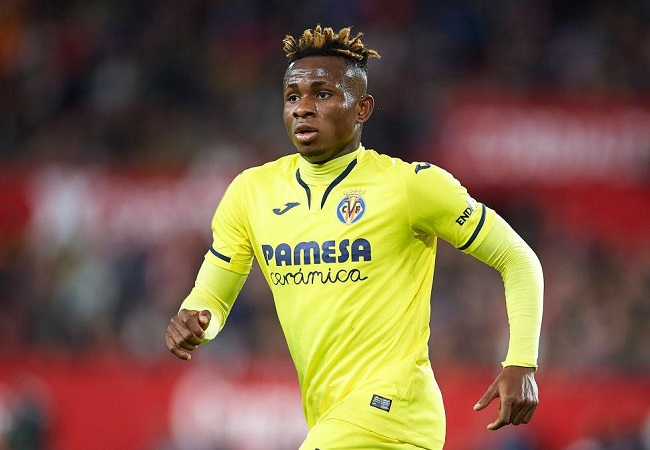 Samuel Chukwueze delivered an impressive display in the Europa League to help Villarreal advance to the semifinals with a 2-1 victory over Dinamo Zagreb on Thursday night and 3-1 on aggregate.

Chukwueze terrorised the Croatian giants from the blast of the whistle. And he could have had an assist as early as the fifth minute.

The Villarreal number 11 was even a few inches close to breaking the deadlock midway through the half when he struck the post with a beautiful volley.

Chukwueze’s fine play was finally rewarded when the youngster supplied the assist to Paco Alcacer’s opening goal just past the half-hour mark.

Gerard Moreno added a second goal just before the interval. And Chukwueze could have notched a third shortly after the break. But his shot from outside the box failed to find the target.

But moments after the Nigerian international sent another effort wide off the target, Mislav Orsic reduced the deficit for the visitors with a quarter of an hour left to play.

That goal seemed to sting Chukwueze the most. And he very nearly restored Villarreal’s two-goal lead. But once again, the post came to Dinamo Zagreb’s rescue.

But there was to be no more goals from either side as Villarreal, a week after securing a 1-0 win in Zagreb, completed the double over the Croats at the Estadio de la Ceramica.

With Arsenal thrashing Peter Olayinka’s Slavia Prague away from home, Chukwueze is now the only Super Eagles star left in the Europa League.

It is a competition the youngster has adapted well to, having contributed four goals (one goal and three assists) in just eight starts for Unai Emery’s men.

Arsenal, Roma, and Manchester United are the other teams left in the Europa League, and the Yellow Submarines will have to be at their best to go all the way and lift the trophy.