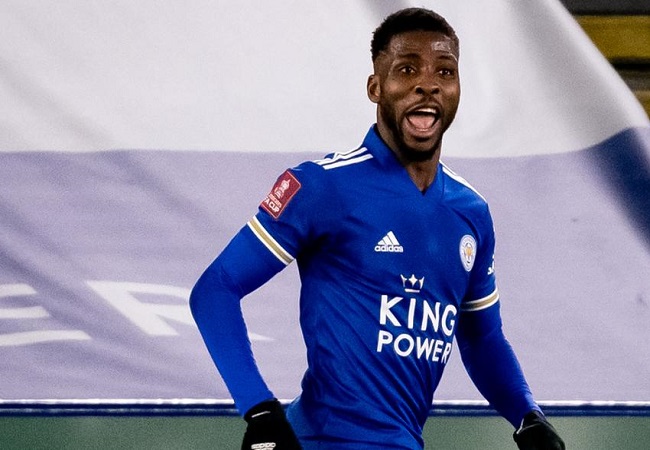 Leicester City striker Kelechi Iheanacho has revealed the key reasons behind his form ahead of Sunday’s Emirates FA Cup semifinal clash against Southampton.

Since the start last month, the former Manchester City wonderkid has tallied nine goals in six appearances in all competitions. And he was named the Premier League Player of the Month for March. He however missed out on the Goal of the Month prize.

Iheanacho recently signed a new three-year contract with Leicester. A deal that links him to the King Power Stadium until 2024.

“I’m in a good place at the moment. So I just need to keep applying it in the game, to keep helping my team.
“Hopefully, it will be applied in the game at the weekend by God’s grace. But I just need to put in the hard work every day. You need to concentrate and work really hard.
“The form now is coming. I just need to keep my head down and keep working hard, keep going.” The Super Eagles striker said to LCFC TV on what’s being key to his form.

When he found the back of the net in the 78th minute of the 3-1 win against Manchester United last month, Iheanacho overtook Chelsea icon Didier Drogba as the highest scoring African in the history of the FA Cup

It was his 13th goal in the FA Cup since making his debut in the competition against Norwich City on January 9, 2016.

“Probably after the season, then I’ll start thinking about it.

“Right now there are big weeks in the FA Cup and Premier League. So just need that concentration and determination to win games, and get to where we want at the end of the season. Then after that we can now enjoy the moment.” The Foxes number 14 added.