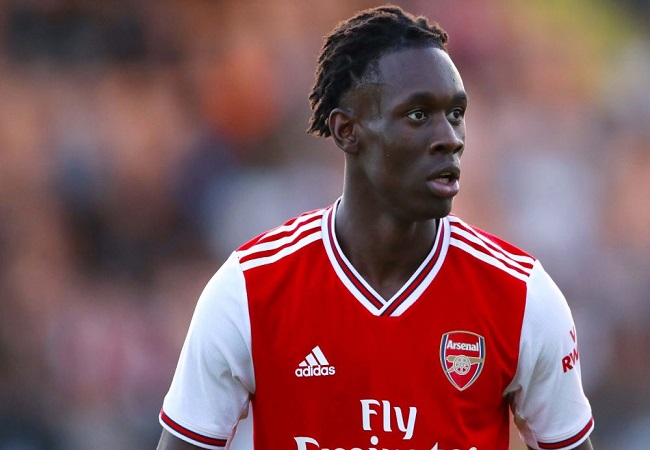 Arsenal first-team manager Mikel Arteta is refusing to take the credit alone for Folarin Balogun agreeing to extend his stay at the Emirates Stadium beyond the end of the 2020-2021 season.

In a dramatic U-turn, the Hale End Academy product is now tied to the Gunners until 2025. And only an official confirmation is missing.

Arteta has revealed that academy manager Per Mertesacker and technical director Edu played key roles in convincing him to stay.

With the futures of strikers Alexandre Lacazette and Eddie Nketiah up in the air, the Spanish football tactician is excited by what Balogun has to offer. And he highlighted two key attributes of the American-Anglo-Nigerian frontman.

“He’s a very, very hungry boy. He wants to do everything. He wants to practice more every single day.” Arteta said to Sky Sports.

“He has unique qualities as a striker. His speed and the way he holds the ball. He’s a real goal threat. And he works tremendously hard.

“He will be pushing anybody in our first team to get his spot. And that’s exactly what we want.

“He’s got the chance. Now it’s time for him to prove himself. We have to give him the right support, which he will get. And then it’s up to him and what he does on the pitch.” He addded.

Balogun, who joined Arsenal at the age of eight, has made six first-team appearances this season, most recently against Slavia Prague in the Europa League.