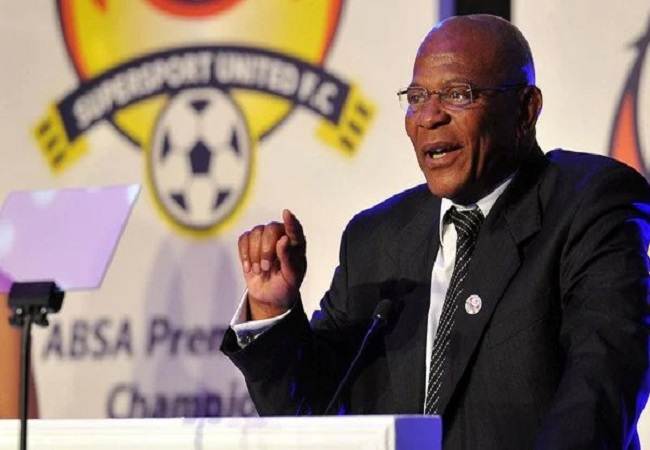 SuperSport United chairman Khulu Sibiya has responded to recent reports that the club will be sold in the near future.

In an interview with Robert Marawa on Metro FM, Sibiya reduced the reports to ‘rumours’, adding that he would be the first person to know if there was anything in that direction.

“No, no. It was just rumours. And rumours must remain rumours.” said Sibiya.

“We did address that when the rumours started flying.

“Even today, I am speculating where those rumours could have come from. Because they were rumours. Nothing, nothing!”

“I mean, I am the head of this club. I am the one who should know first should anything be untoward or towards. It’s just rumous.” added Sibiya.

Asked what he thinks started the rumours, Sibiya said:  “All these things happened all at the same – DStv Premiership, rights sponsorship, SuperSport broadcasting PSL games, I think.”

“There was Ajax [Cape Town] being relegated. And clubs are being sold. Wits… who would have thought would be sold? And Highlands Park etc.” He explained.

“All of those things happened, and people were speculating again. And you have every right to speculate and people now started taking these rumours as facts.”

“So, there’s nothing and nothing towards that.” Added Sibiya.

SuperSport seem to be in bad shape in the league. during their last ten games, the club has only won two times.