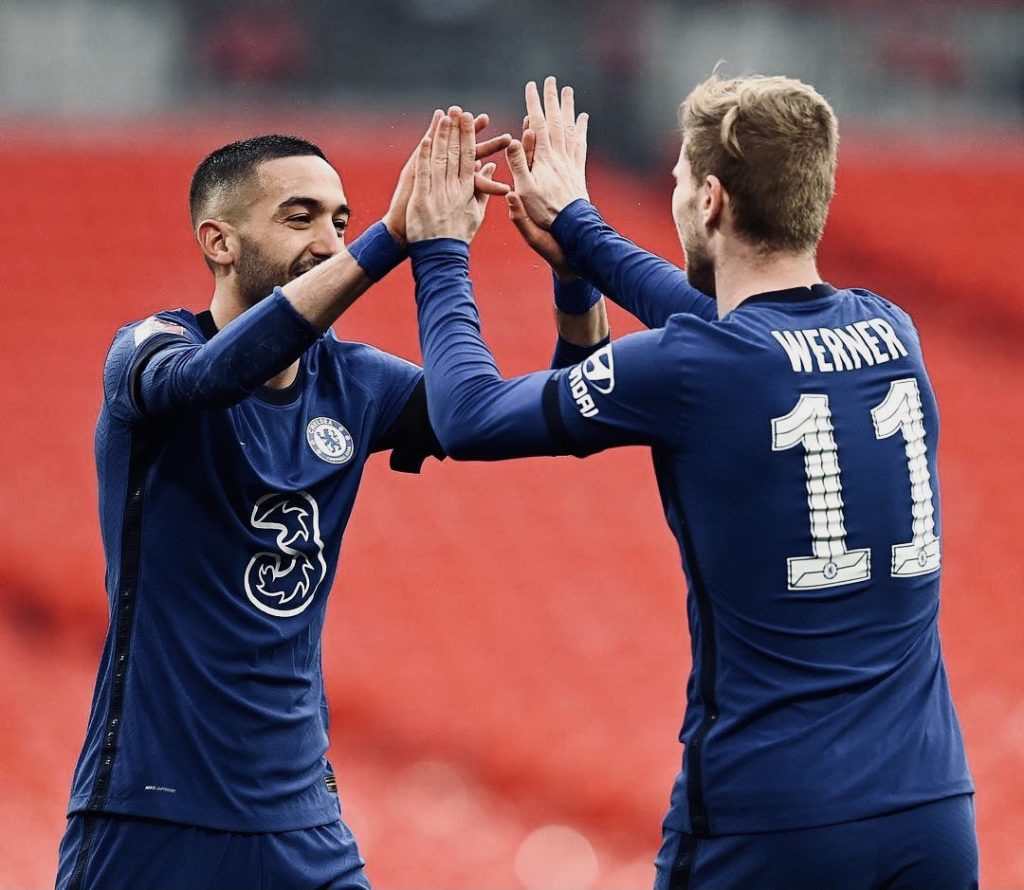 Hakim Ziyech 55th minute goal was all Chelsea needed to book their FA Cup final following a 1-0 victory against Manchester City.
The Blues fresh from qualifying to the Champions League semis, continued their impressive performance under Thomas Tuchel.
Kepa Arrizabalaga was handed a starting place in the goal and Thiago Silva also returned to the squad.
Tuchel preferred Timo Werner up front with Ziyech and Mason Mount behind him.

Manchester City manager, Pep Guardiola gave Zack Steffen the chance to prove himself between the stick.
While Gabriel Jesus lead the attack and was flanked by Raheem Sterling and Ferran Torres.
The Blues started brightly in the opening ten minutes and thought they had gone in front  through Ziyech who scored but the goal was ruled offside.
Chelsea dominated the game in the first half missing scoring opportunities heading to the break.
The breakthrough finally came for Chelsea in the 55th minute as Werner played the Moroccan through who tucked the ball inside.
Four minutes later, the Moroccan almost scored a brace but Steffen made a huge save to keep the score 1-0.
Both side could not find the net as the ended in favour of the Blues at the Wembley Stadium.
With the win, Chelsea have now reached the FA Cup final in four of the last five seasons.
Only Arsenal (21) and Manchester United (20) have reached the competition’s showcase on more occasions than the Blues.