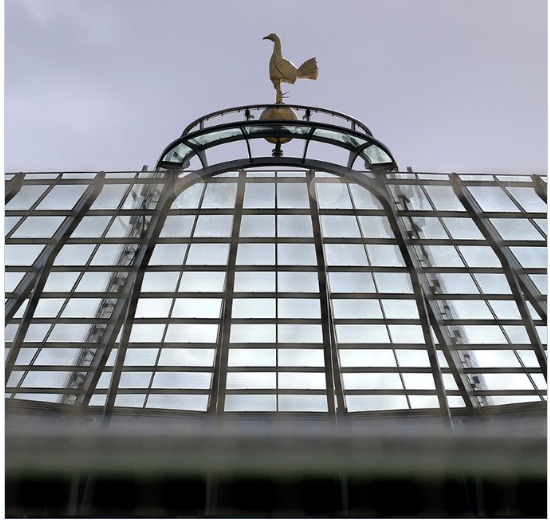 Tottenham have confirmed that they have joined 11 other European clubs in agreeing to play in the European Super League.

Twelve of Europe’s leading football clubs on Sunday came together to announce they have agreed to establish a new midweek competition, the Super League, governed by its Founding Clubs.

The statement on Spurs official website read as follows;

“We can confirm that we have joined 11 other European clubs in agreeing to form a new competition, the European Super League.

“A joint statement released on behalf of all 12 Founding Clubs can be viewed below and we shall look to provide further details in due course.

“We are committed to working with all stakeholders, particularly supporters, as plans for the competition develop.

“It is anticipated that a further three clubs will join ahead of the inaugural season, which is intended to commence as soon as practicable.

“Going forward, the Founding Clubs look forward to holding discussions with UEFA and FIFA to work together in partnership to deliver the best outcomes for the new League and for football as a whole.

“The formation of the Super League comes at a time when the global pandemic has accelerated the instability in the existing European football economic model.

“Further, for a number of years, the Founding Clubs have had the objective of improving the quality and intensity of existing European competitions throughout each season, and of creating a format for top clubs and players to compete on a regular basis.

“The pandemic has shown that a strategic vision and a sustainable commercial approach are required to enhance value and support for the benefit of the entire European football pyramid.

“In recent months extensive dialogue has taken place with football stakeholders regarding the future format of European competitions.

“The Founding Clubs believe the solutions proposed following these talks do not solve fundamental issues, including the need to provide higher-quality matches and additional financial resources for the overall football pyramid.

The Premier League on Sunday in a statement kicked against the move and took a stance with UEFA who vowed to fight against the Super League.

“The Premier League condemns any proposal that attacks the principles of open competition and sporting merit which are at the heart of the domestic and European football pyramid.

“Fans of any club in England and across Europe can currently dream that their team may climb to the top and play against the best.

“We believe that the concept of a European Super League would destroy this dream.”