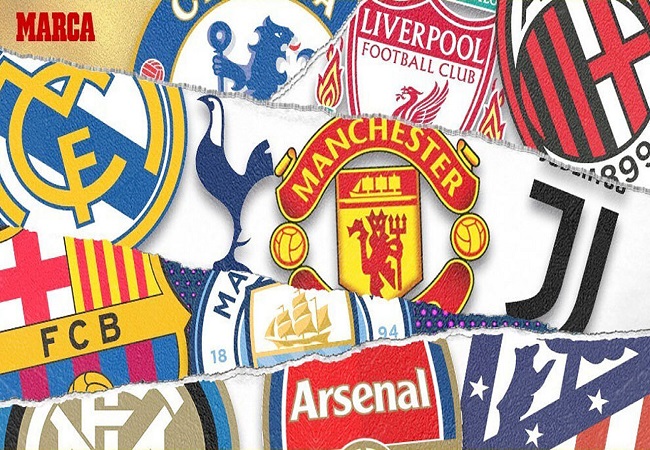 On Sunday, April 19, twelve clubs from Spain, England and Italy announced they had signed up for a new mid-week competition dubbed ‘European Super League‘. The creation of the European Super League has since sparked mixed reactions from football pundits and supporters of concerned clubs across the globe. And Rwanda was no exception.

Reacting to the move, Arnold Kwizera, a football enthusiast and business presenter at CNBC Africa, said that it’s all about economic power that is driving Europe’s big clubs to create their own league as they already have a sponsor.

“It’s those European clubs benefiting, but again, it shows a shift in power. The clubs are reacting to the impact of the covid-19 situation based on how much UEFA makes from stadiums, for instance, during the UEFA Champions League. The clubs have taken back their own power.

Kwizera said UEFA and its affiliate federations from Spain, Italy and United Kingdom and their league leaderships are against the move. Because they could lose the revenues they would make from sponsors if the European Super League takes shape.

“The problem is ‘can those leagues survive without those top clubs?’ Who is going to be paying those TV rights to watch the leagues without Barcelona and Real Madrid in Spain or the Premier League’s ‘Big Six’? And this is something that happens in other sports like Cricket and Rugby. It has only been pronounced because Football is the most popular game.” He said.

“On one hand, big clubs are right to join the European Super League. Because today’s football means business. The clubs are finding the offer placed on their table too hard to reject. But the project itself might kill the sport.” Said Mugenzi.

“But I don’t think this league will be as entertaining as the Premier League, La Liga, Serie A or La Liga. Because it’s a league with no relegation battles or that clubs can compete to qualify for a European competition like the Champions League.” He claimed.

Many football fans have shown their disbelief at the creation of the European Super League, criticizing their clubs for putting money first.

“I have been a Liverpool fan for over 15 years. But I don’t see the importance of this so-called Super League as long as I can’t see my team competing to qualify for the Champions League. If they can’t play these games, their fan base could fade globally.” Said Jojo Ingabire, a Liverpool fan.

In exchange for their commitment, Founding Clubs will receive an amount of €3.5 billion (£3bn) from an American bank JP Morgan solely to support their infrastructure investment plans and to offset the impact of the COVID pandemic.

The likes of German giants Bayern Munich and France’s Paris Saint-Germain have rejected the proposal.