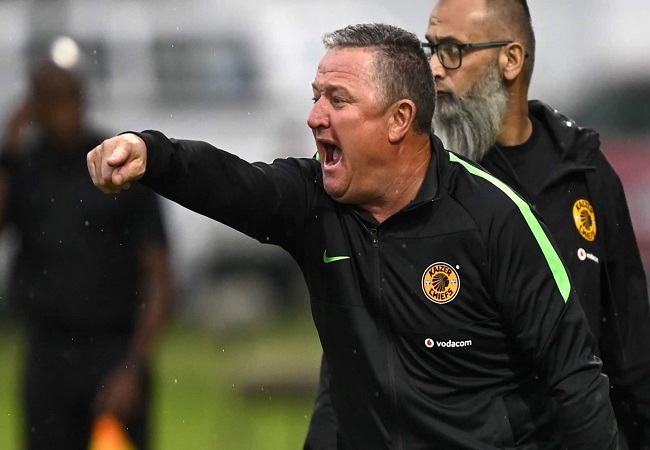 Coach Gavin Hunt has said it is possible for Kaizer Chiefs to finish in the top-five band of the South Africa’s DStv Premiership.

He said this as Chiefs prepare to take on Cape Town City at FNB Stadium on Wednesday.

Speaking to Chiefs website, Hunt said he was relieved that his charges had five days off after the game against Baroka.

He said this window enabled the players to recharge after demanding domestic and continental assignments.

“This is the longest break we will have till the end of the season,” he is quoted saying.

“The five days were more about mental recovery than training and to just give the players a little bit of a break. Now we have a final push as we will be playing every two to three days.”

Hunt said their last nine games are critical if they are to finish the campaign on a high.

“We’ve got nine games left. We need to get ourselves up there into the top five. I believe we can—there’s no doubt about it. We need to start this Wednesday against Cape Town City. They are one of the best teams in the league, but we have to do the job,” he said.

The Chiefs coach admitted that City were tricky opponents having played them earlier this year in January. Chiefs won the game.

“When we played them in Cape Town in January, we got two goals up early and then we started to give the ball away. A bit of slackness and nerves set in. We won, but it was not pretty at the end.

“We need to keep trying to build on the momentum. I think from where we were, we have come around a little bit. We can talk all day, but results are the bottom line,” he told the website.

Chiefs have since been boosted by the return from a nose injury of striker Leonardo Castro.

He picked the injury when he scored in Chiefs 1-1 draw with Stellenbosch on 6 of April 2021.