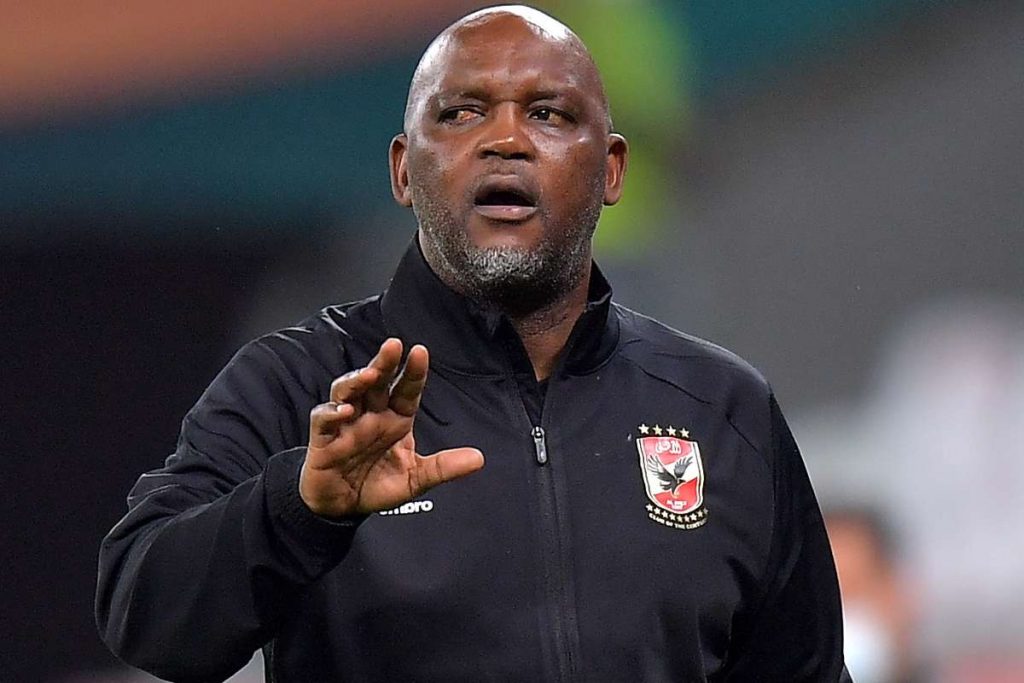 Al Ahly head coach Pitso Mosimane said he will not look for excuses after conceding his first defeat (1-2) to Smouha during the postponed Egyptian Premier League matchday 11 game.

The South African manager said despite the fact that many of the leaders of his team are not yet fit to restart playing, he has to accept what arrived to them.

“We committed several individual and collective mistakes and we had no energy during the game,” Mosimane told reporters, as per KingFut.

“We could have killed the game early through Afsha’s chance. Unfortunately, the game went differently after they scored the opener, we have to accept the defeat.

“I won’t discuss injuries today because we lost. I will not look for excuses, we beat Zamalek while suffering many absences and today we lost the game and we have to accept the loss,” he added.