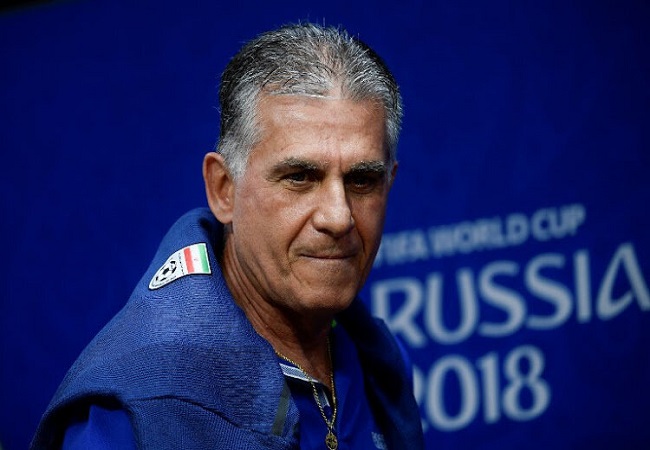 Bafana Bafana are six weeks away from getting their 2022 FIFA World Cup qualifiers underway. And South African Football Association (SAFA) need someone with a proven track record of qualifying for major tournaments.

In search for Bafana Bafana new head coach, SAFA has finally cast their design on Carlos Queiroz. The Portuguese tactician could take over as new Bafana head coach in the next 24 hours. Because he’s never failed to qualify for the FIFA World Cup finals in his international coaching career.

Queiroz is the favourite for the Bafana Bafana plumb job following Herve Renard’s ‘withdrawal’ from the race. Renard claims he never applied for the job.

While Hugo Broos is still in the mix, media reports suggest the SAFA hierarchy has put the foot down for Queiroz to return to the position he held for two years between 2000 and 2002.

The South African profiles the former Manchester United assistant manager as he prepares to step into the shoes of Molefi Ntseki who was sacked at the end of March following Bafana Bafana’s failure to qualify for the 2022 AFCON finals in Cameroon.

Queiroz kicked started his coaching career in 1984 as an assistant at Estoril-Praia. But he became his own man when he was appointed head coach of the Portugal U20 national team in 1989.

Two years later, he was roped in as head coach of the senior national team. He will spend two years between 1991 and 1993.

Queiroz began coaching at club level in 1994. And it was Sporting CP that gave him his first break after four years of coaching at the international level.

Portugal is one high-profile country Queiroz coached. He had two stints with their senior national team with the last spell being between 2008 and 2010.

Queiroz also coached Bafana Bafana during the generations of players such as Lucas Radebe, Phil Masinga, Andre Arendse, Quinton Fortune and the late Shoes Moshoeu. At the time, South Africa were regarded as one of Africa’s best in terms of football.

Soon after leaving Man United in 2003, Queiroz would land a dream job at Real Madrid as their interim coach. But he would dump them a year later after the club’s decision not to make him permanent.

Queiroz has six major trophies under his belt as head coach/manager.

He won Taca de Portugal title with Sporting CP for the 1994-95 season before adding the Supertac Candido de Oliveira crown with the Portuguese outfit in 1995.

At Real Madrid, Queiroz won the Supercopa de Espana in 2003.

At the international level, the 68-year-old mentor bagged the FIFA World Youth Championship with Portugal in 1989 and again in 1991.

In 1989, Queiroz was doubling up as Portugal’s U16 team coach, and he would guide them to the UEFA European U16 Championship triumph.