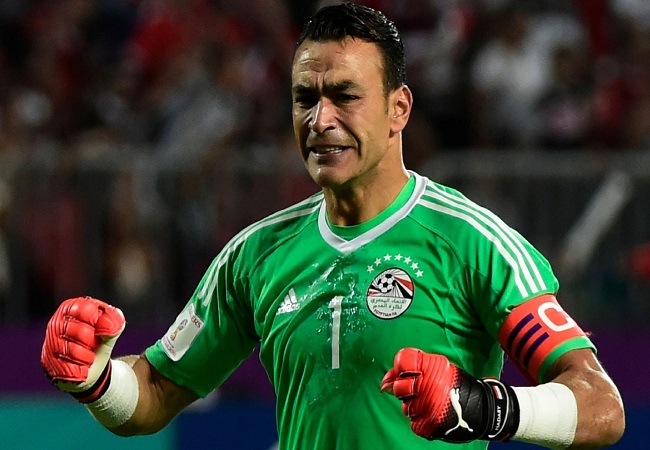 Egyptian Premier League newly promoted side Ceramica Cleopatra have appointed the legendry keeper Essam El-Hadary as coach. The club disclosed the new technical staff that will take charge of the team in the coming period on Thursday.

Ceramica Cleopatra had sacked coach Haytham Chaaban. The latter lost his post after the team’s loss to Maqasa in the Egypt Cup’s round of 16 earlier this week.

Diaa El-Sayed has taken as the team’s new coach, and El-Hadary will be the goalkeepers’ coach.

”I took my first step in my coaching career with Ceramica Cleopatra. And I ask God for success in my new career under the guidance of coach Diaa El-Sayed.” El-Hadary said on his Twitter account on Thursday.

The former keeper, who is widely regarded as the best-ever keeper in Egyptian football history, has had a great career with many achievements, including a World Cup appearance in 2018 in Russia that made him the oldest player to feature at the prestigious tournament (45 years).

El-Hadary, who made 159 appearances with the Pharaohs, won the African Cup of Nations four times with Egypt in 1998, 2006, 2008 and 2010. He played an instrumental role in winning the last three titles. The former Egypt skipper was named the tournament’s best goalie on three occasions.

He played for several Egyptian league teams such as Cairo giants Ahly and Zamalek, Wadi Degla, and Ismaily.

Ceramica Cleopatra are currently eighth on the league table with 25 points.