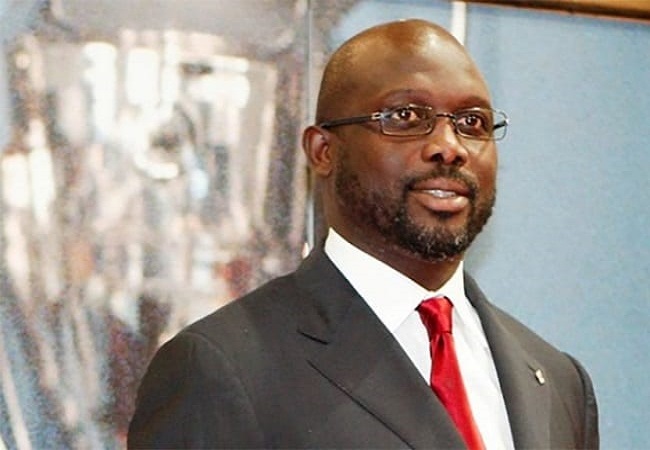 Liberia President of Republic, H.E. Dr. George Manneh Weah, has commended the Federation of International Football Association (FIFA) for its continued generosity to Liberia. Particularly its commitment to developing young Liberians’ talents and driving them towards attaining their growth and wellbeing.

Acknowledging a horde of FIFA’s development projects in Liberia and Africa in general, the Liberian Chief Executive who is also a FIFA Hall of famer, said the organization is not just about football as many think. But that it also concerns itself with impactful social programs and activities geared towards building the smiles of people and giving back to society.

“FIFA has been very generous to Liberia and Africa since its former President Joseph Sepp Blatter’s administration. FIFA’s goodwill gesture continues to be visible to date.” The former FIFA World Player of the Year noted.

Dr. Weah made the assertion on Wednesday, April 21, 2021 during a town hall meeting held at the Unification Pavilion on the Fair Ground in Buchanan City. A FIFA delegation, headed by the Federation’s Regional Development Officer for West Africa El Hadji Diop, graced the town hall meeting.

“We are happy for all that FIFA has done for Liberia and continues to do.” The Liberian Chief Patron of Sports asserted further.

He asked the delegation to convey his special thanks and appreciation to “my good friend and FIFA’s president, Gianni Infantino.”

“Please continue in this stride by building vocation and technical institutions in this country in addition to the many sports pitches you have already built for us.” Dr. Weah said.

The refurbishment of the pitch included covering the formerly gravel field with artificial turf by FIFA.