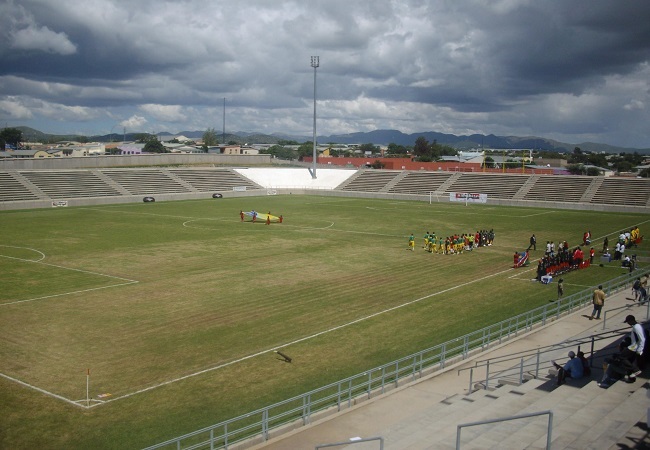 Kamati further said the NFA has also been fined 6,000 U.S. dollars for lack of technical facilities in the stadium. And this should be settled within seven days from April 21.

Confirming the letter from the Confederation of African Football, NFA Secretary General Franco Cosmos stated that the humiliating situation can only get worse if the said stadium or any other is not updated as soon as possible for Namibia to play international games at home.

“CAF got the report from the match officials who inspected the Sam Nujoma Stadium during our AFCON qualifier against Guinea last month. And the Disciplinary Committee has fined us accordingly. We have raised these issues since 2019. And they are not addressed yet.” He said.

Cosmos added that the NFA now must cough up the fine and engage the soon-to-be appointed interim coach of the Namibia Brave Warriors on an alternative venue for the World Cup qualifiers that starts in June 2021.

“The Emergency Committee will decide who can lead us during the upcoming matches until such time that our recruitment process for a substantive coach is finalized. So, with the coach, we will decide and identify alternative venues outside the country for the next games.” He said.

In the race to the Qatar 2022 World Cup, Namibia is in Group H with Senegal, Togo, and Congo-Brazzaville. Only the group winner will progress to the third and final round of the World Cup qualifiers.

The CAF has also fined the Zimbabwe Football Association (ZIFA) for the same deficit at the National Sports Stadium.