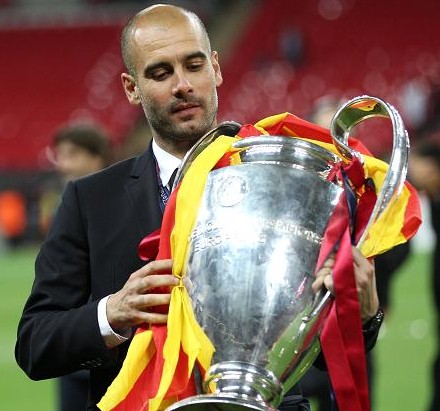 Pep Guardiola has become the first manager in the history of Carabao Cup to win it in four consecutive times.

The Spaniard guided Manchester City to the League Cup for a record-equalling eighth time after a 1-0 victory over Tottenham at Wembley.

City website says this is the sixth success in eight years, thereby drawing level with Liverpool for the most wins in the competition’s history.

“The result also means Pep Guardiola becomes the first manager in history to win four in a row (2018-2021).

“Liverpool’s wins between 1981-1984 were overseen by two different managers, with Bob Paisley in charge for the first three and Joe Fagan winning the fourth,” reads City website.

The City manager has joined Brian Clough, Alex Ferguson and Jose Mourinho with four – no manager has won more.

And Fernandinho and Sergio Aguero are now the most decorated players in the competition’s history, with their six successes moving them one clear of Ian Rush and David Silva (both five).