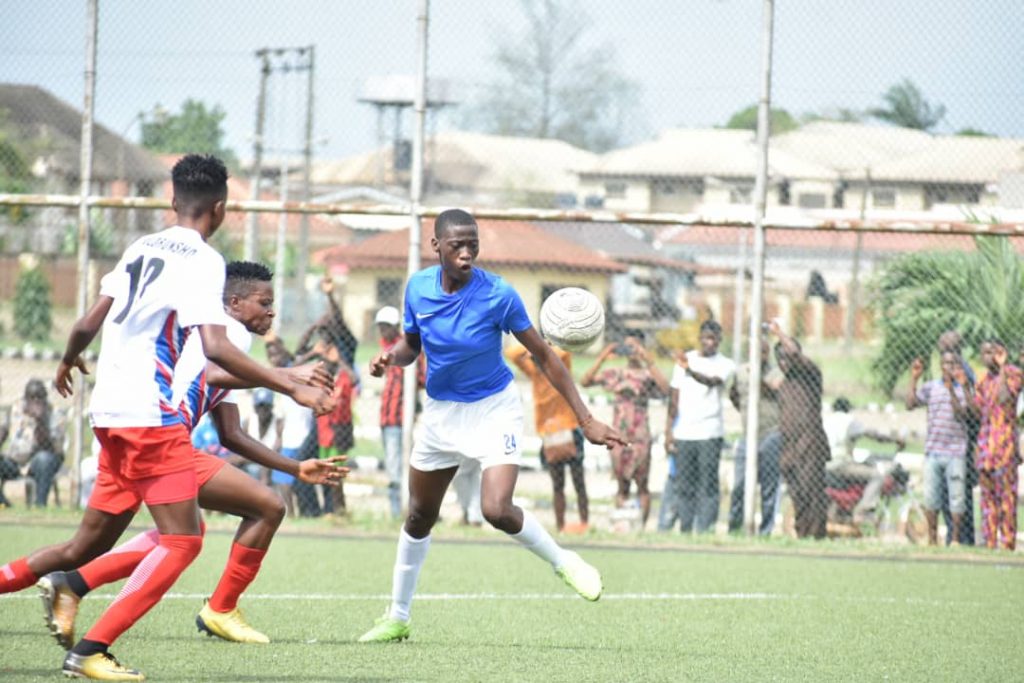 Delta Queens FC and FC Robo Queens both had the chance to qualify with a win hence the intriguing encounter from the blast of the Whistle.
With the first ten minutes  balanced between both sides, FC Robo’s Taiwo Lawal set her side ahead of Delta Queens after she connected a cross  that beat Delta defence in the 11th minute.
Delta Queens didn’t relent as they began to look for the equalizer and in the 24th minute Dike almost got the equalizer but she failed to connect well with a Chioma’s cross.
Five minutes to the end of the first half, Abbey Peace missed another scoring opportunity and FC Robo headed to the dressing room with a 1-0 lead.

The Lagos-based team returned from the dressing room eager to extend their lead as they were sharp on counter attacks even as Delta Queens played them half field but kept missing closes scoring chances that were coming far apart.
A major talking point in the game came up midway in to the second half and there was pandemonium in the stadium as Delta Queens goalkeeper and captain, Onuegbu Ihuoma put her life on the front line for her team.  she made a dangerous stretched to deflect a goal bound attempt from the opponent and denied them the  chance of extending the lead.
The move saw the skipper land hitting her chest hard on the ground and went into coma but for the quick intervention of the NWFL medics on ground who rushed her to the hospital, with the number two player stepping in.
From that moment, Delta Queens players were determined not to let their goalkeeper and captain down as they top up their game and became a thorn In the flesh for FC Robo defence.
The move from Delta Queens attack paid off in the 86th minute as an  FC Robo player  handled the ball in her own box eighteen to cause a penalty against her side and Chiamaka Okwuchukwu in the
87th minute, converted the spot kick to give Delta Queens the much needed equalized as the game ended 1-1.
The Okowa babes won their first game against Edo Queens two goals to one, had a goalless draw with Rivers Angels, another 2-1 victory over sunshine Queens before pulling a draw in the last two games.
As the second placed team with 9 points, Delta Queens booked a Playoff spot for The Maiden Edition Of The CAF Women Champions League.