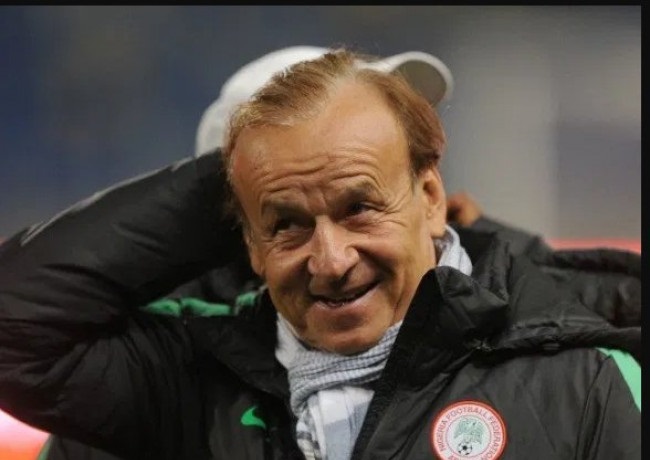 Speaking with Soccernet.ng from his base in Cairo, Aikhomogbe stated that Rohr is spoilt for choice in the attack.

He however noted that players such as Simy Nwankwo, Terem Moffi, and Sadiq Umar should be given the opportunity to prove themselves in the Super Eagles for the World Cup qualifiers.

“I am confident that the current crop of strikers in the Super Eagles are good enough to qualify Nigeria for the 2022 FIFA World Cup.” Aikhomogbe told Soccernet.

“Aside from the likes of Victor Osimhen, Kelechi Iheanacho, and Paul Onuachu, who we have seen in the colours of the senior national team during the 2022 Africa Cup of Nations qualifiers, I still believe there is a need to give other strikers such as Simy Nwankwo, Terem Moffi, and Sadiq Umar the chance to prove their worth in the team.

“At this point, we need our best players to achieve the biggest goal during the qualifiers. And it will be sad if Rohr decides to shut the door on them.”

Nigeria share with Liberia, Central Africa Republic (CAR), and Cape Verde. Only the top team in each of the ten pools will advance to the final knockout stages, where they will play home and away for a place in Qatar. The Super Eagles are favourites to top Group C due to the quality of players in the team.