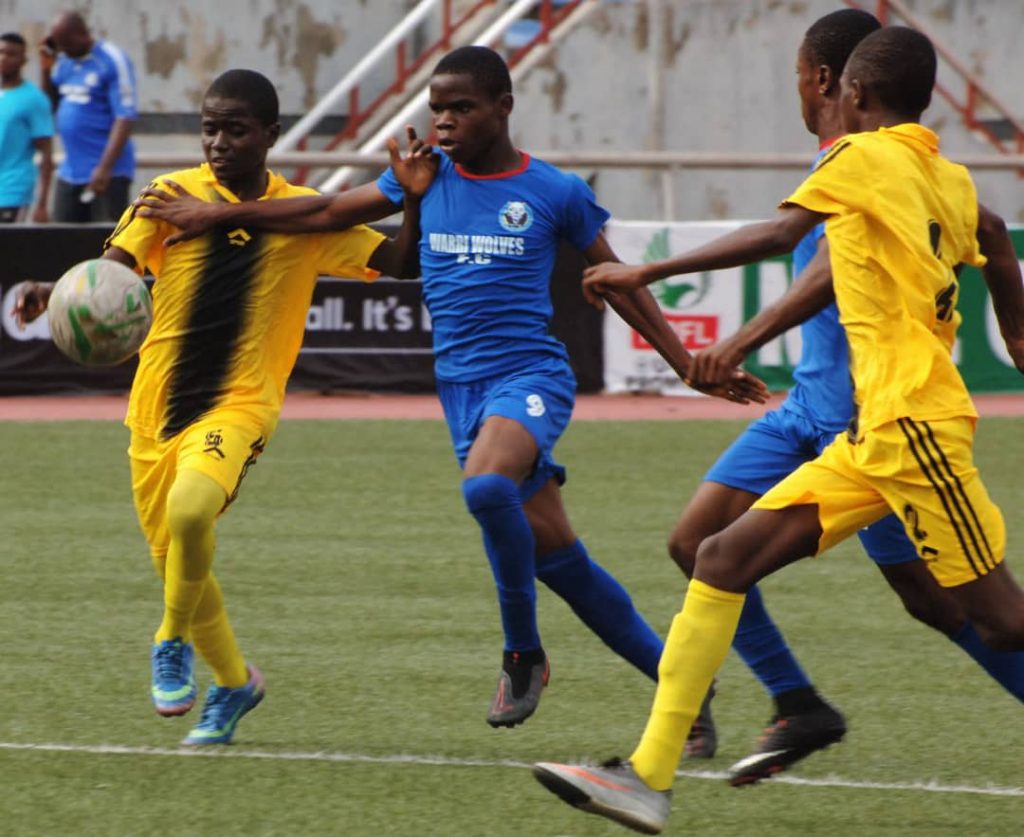 Warri Wolves have qualified for the semi-final stage of the 2021 Nigeria Professional Football League, NPFL/La-Liga U-15 Promises Youth League in Enugu.

In their last game in Pool B of the competition, the Junior Wolves defeated Kano Pillars 2 – 1 in a keenly contested tie.

Prior to the encounter, Kwara United and Katsina United had played a barren draw in the first Pool B game of the day.

That result had set the stage for a-winner-takes-it-all clash between Pillars and Warri Wolves, as the young Seasiders had garnered four points from their two Pool B games earlier, while Kano Pillars were on three points.

The young Sai Mesu Gida campaigners went ahead in the 35 minutes of the tie through Ishaq Muktar from the penalty spot.

Four minutes later, the Junior Wolves had their perfect response when Jeffery Angayana scored the equalizer to end the first half as the side with the momentum.

In the second half of the encounter, the Junior Wolves continued to play with more momentum and urgency to put the contest to bed.

Their effort paid off in the 57 minutes, as Manah Stephen scored the winner and deflated all hopes of qualification for Kano Pillars.