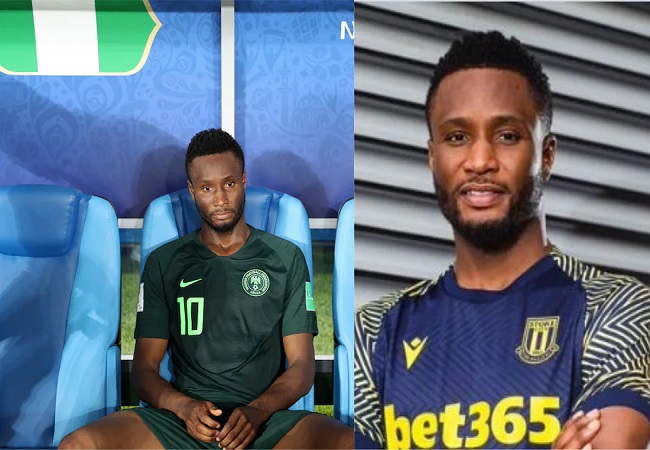 Former Chelsea star John Obi Mikel has been shortlisted for Stoke City’s Player of the Month for April 2021. The club’s official website unveil the news.

With the exception of the 3-2 loss to Coventry City in which he came off the bench at half-time, Mikel went the distance in all the games Stoke City played in the Championship in April – five in total.

Michael O’Neill’s side collected five points from a possible eighteen in the division – drawing twice, winning once, and losing three games.

“Another player to feature in every game in April, former Nigeria international John Obi Mikel produced a number of solid performances in the heart of midfield.” Stoke City wrote On Mike.

“The 34-year-old used all of his experience to break up and start play, as well as helping to support the younger players around him.

“His effectiveness was clear for all to see in the final game of the month as he put in a man of the match display against Nottingham Forest.” The statement continued.

Signed as a free agent last summer, Mikel has a contract with Stoke City until the end of the 2020-2021 season.