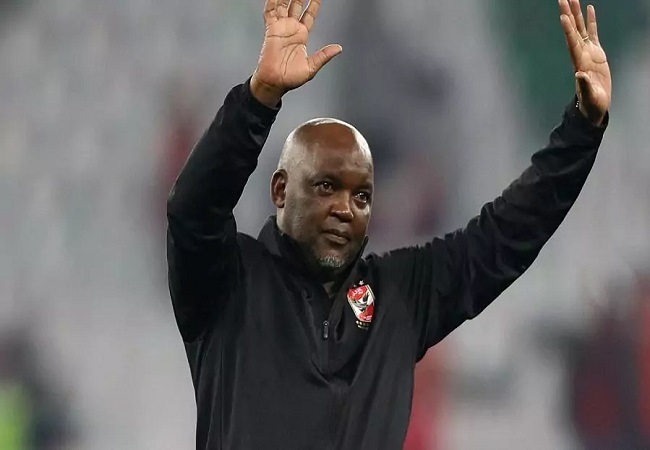 Since signing for Al Ahly in October 2020, Mosimane has been quite successful. He won all competitions he took part in [CAF Champions League and Egypt Cup]. He however lost the Club World Cup where he finished third.

Ever since South Africa parted company with former coach Molefi Ntseki, persistent reports have continued to emerge regarding the Bafana Bafana’s strong interest in hiring the Al Ahly coach as his successor.

Mosimane appears to have refused the offer as he wishes to remain in Cairo at least until the end of his contract, at the end of next season. And Shobier came to solidify this claim.

According to Al Ahly former goalkeeper and current TV presenter, Mosimane informed Al Ahly president Mahmoud El-Khatib that he will continue with the club. Denying thus any intention to leave in order to take over South Africa.

The 56-year-old is very happy with the African champions. And he wishes to keep up the success in his experience with the club, confirmed Shobier.