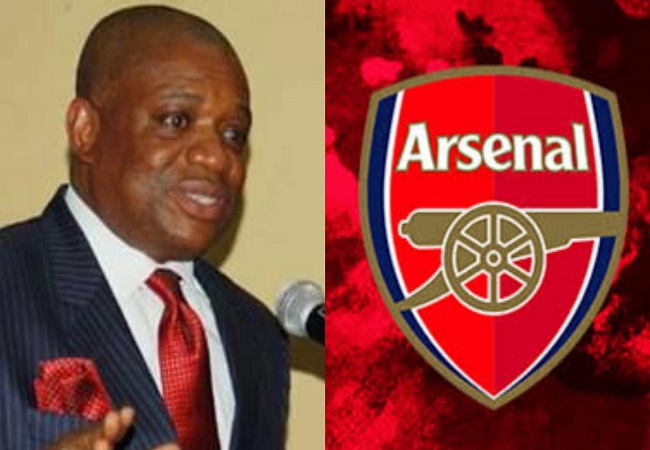 Arsenal fans are fighting hard to ensure the owner Stan Kroenke sells the team to a new owner who has their interests at heart.

Kroenke is one of the most unpopular owners of a Premier League side. And some Arsenal fans believe he owns the club just to make money.

They have been keen for him to sell up and leave. But they have to be careful what they wish for.

This is because Nigerian billionaire, Orji Uzor Kalu, who had attempted to buy the club previously, has just revealed that he only wanted to do that because he would make good money from owning it.

The administrator who made Enyimba of Aba a continental powerhouse when he was Abia state governor said he isn’t an Arsenal fan. And he only wanted to buy the club to run it for profit just like any other business.

“Honestly I’m not an Arsenal fan. I wanted to use Arsenal to make money. Because it’s business.” Kalu told reporters via All Nigerian Soccer.

“I put a bid before and asked them to sell the club. They were not serious in selling the club.

“I pray that they will listen to voice of nature. I sent them an interest, they just replied me and said, we will come back.

“And I think this is what the problem is. We were serious, backed up by one of the biggest banks in America to do this bid.” He Added