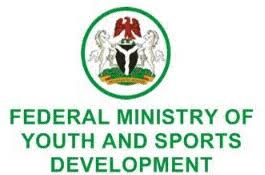 Nigeria Ministry of Sports said it have moved to ensure Nigeria qualify Dr the five relay events at the Tokyo Olympics.
The Ministry said following the refusal of the Polish Embassy in Nigeria  to issue entry visa to Nigeria’s contingent to the World Relays starting on Saturday in Silesia, Poland it decided to decided to secure tickets in the United States.
Part of the statement issued on Friday said it did not get to officially register the team until Thursday last week and apply for entry visas at the Polish Embassy.

“A number of athletics meetings have been . in the United States of America while a five-nation relay meeting is also on the card to hold in Nigeria before the window for qualification closes on June 29,2021.
“It must be noted  that only top 16  relay teams/ times  will participate at the Tokyo Olympics.
“The Ministry is properly guided and Team Nigeria is not in any jeopardy.
“Both the Sports Ministry and the AFN had anticipated that the disgraced former president of the AFN,Mr Shehu Ibrahim Gusau would block the registration of Nigerian athletes for the event as he illegally held on to the official password of the federation and moved to organise a few meetings in the USA to ensure the teams get the chance to still qualify for the Olympics.
The AFN led by acting president, Olamide George was only availed the opportunity to register the team following the intervention of the two-man Confederation of African Athletics team that came to Abuja last week to resolve the conflict within the AFN.
‘We did not get to officially register the team until Thursday last week and apply for entry visas at the Polish Embassy. Upon our application, the Polish Embassy insisted it would take two weeks to process the visa applications and all entreaties for a quick consideration were ignored” said Niyi Beyioku, the AFN Secretary General.
The Sports Minister, Chief Sunday Dare had to involve the Ministry of Foreign Affairs to ensure we get the team visas to Poland but the embassy stood its ground and we, after consultations with the Sports Ministry decided to switch to our second plan which was to convert a pre-arranged training tour to inlcude qualification for the five relay events.
The AFN wants to assure Nigerians that our relay teams will be in Tokyo come this July” said Beyioku.
“The World Relay does not close the qualification window for the Tokyo Olympics.
“We have other events that we have mentioned and also the African Athletics Championships holding in June in Algiers, Algeria.
“So, we have quite a number of opportunities to achieve our aim of getting Nigerian relay teams to the Olympics” Beyioku added and berated Mr Gusau for putting personal interest above the interest of over 200m Nigerians who are eagerly looking forward to the relay teams to win more medals for Nigeria like they have been doing since 1984 when the men’s 4x400m won the first medal in track and field for Nigeria.
The relay teams have won eight of the 13 medals Nigerian have won at the Olympics from track and field.