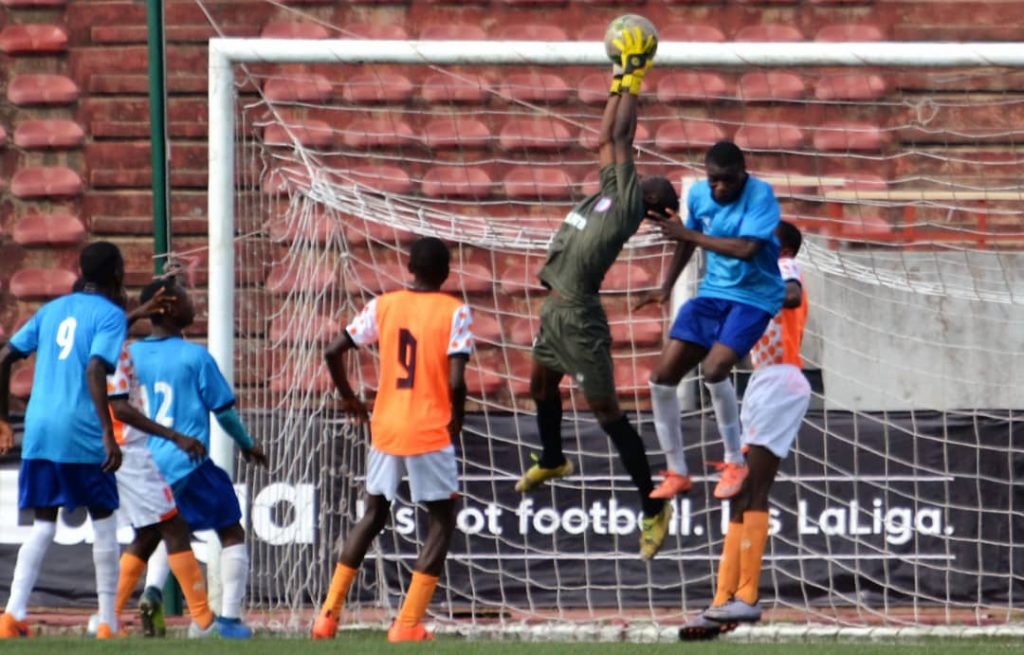 Warri Wolves beat Akwa United by a lone goal to reach the final of the 2021 Nigeria Professional Football League, NPFL/La-Liga U-15 Promises Youth League in Enugu on Friday.
A 20 minutes solo goal by Okiki Oghenewvegba was enough to set the high flying Junior Wolves against Katsina United in the final.
Okiki picked up the ball from the edge of the arc and skipped past three Akwa United players before finding the back of the net to deliver a golden moment for a young Seasiders’ team, who have been one of the best sides in the youth league.

Read Also: Warri Wolves Advance to Semi-finals of 2021 NPFL/La-Liga U-15

Earlier on, MFM FC lost 4 – 2 to defending champions Katsina United on penalties, after they had played a goalless draw during normal time.
Sunday’s final will kick off at 4pm.